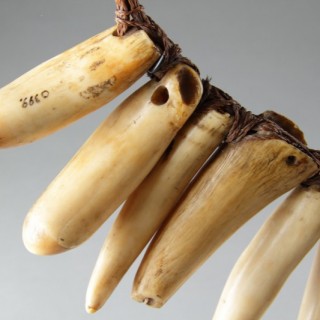 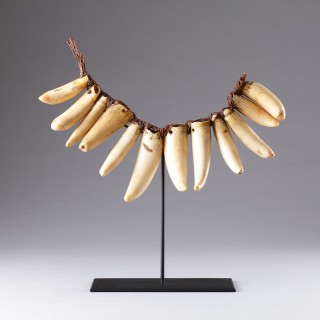 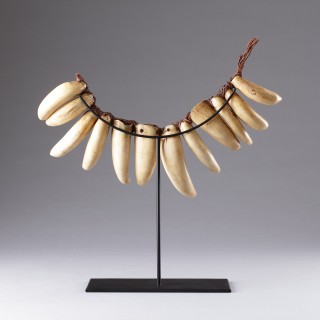 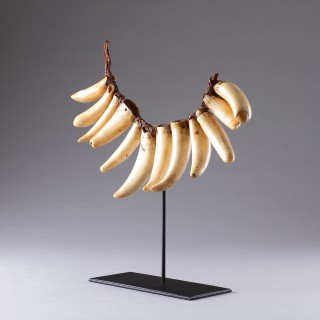 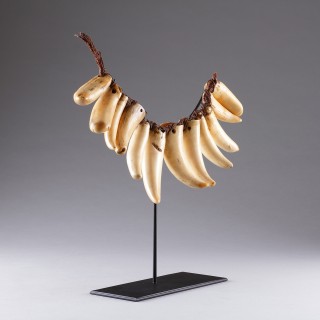 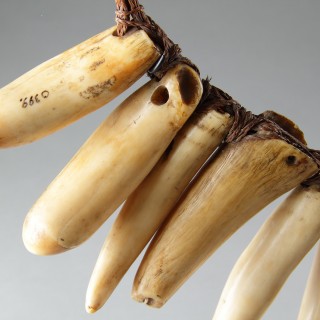 With the advent of commercial whaling in the Pacific the precious whale teeth so valued by the Fijians became more plentiful and the ‘sabre toothed’ long split teeth necklaces began to be made by the Tongan craftsmen ‘Tufunga Fono Lei’ and worn in Fiji, Tonga and Samoa. The earlier ‘Vuasagale’ necklaces made from the smaller teeth gathered from the jaws of stranded whales became forgotten in favour of the more ornamental and dramatic ones.
Both types of necklace functioned as highly regarded objects marking the status of high ranking Fijians, but they were without the ritualised spiritual overtones of the large ceremonial ‘tabua’, and so did not possess the restrictions of ‘taboo’ objects placed upon them.