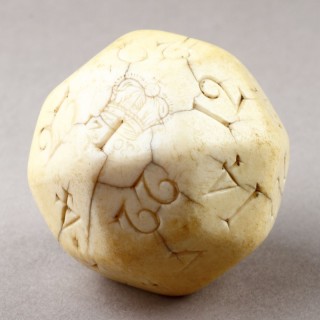 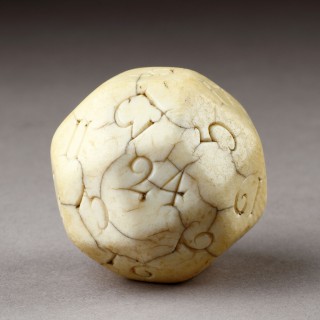 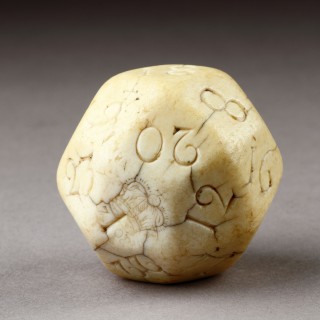 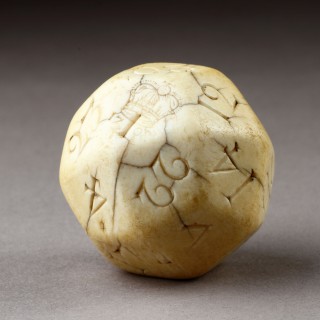 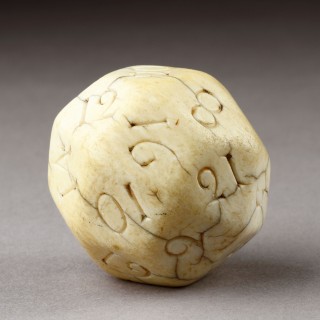 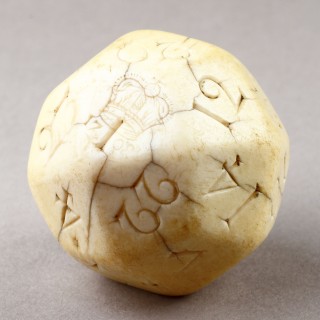 Teetotum balls act somewhat like spinning dice, but have faceted numbered sides so when thrown there is an equal chance of any number turning up which is not the case with dice.
Lotteries first began to become an acceptable form of raising money for government funds under Queen Elizabeth I in 1568 – 69. It was started in order to raise funds for urgent repairs to the harbours and fortifications of England then under threat of invasion from the Spanish. Great pains were taken to ‘provoke the people’ to part with their money and even fortune tellers were consulted about ‘lucky’ numbers. Lotteries later became established by successive Acts of Parliament and were a popular and lucrative means of increasing government revenue and were regularly conducted, both in London and the country, by appointed contractors. Lotteries were not then as they are today confined to monetary prizes, but embraced jewellery, paintings, tapestries, silver, books and even live deer in Syon Park.