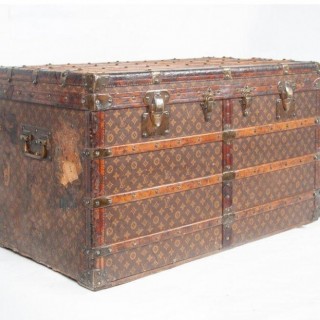 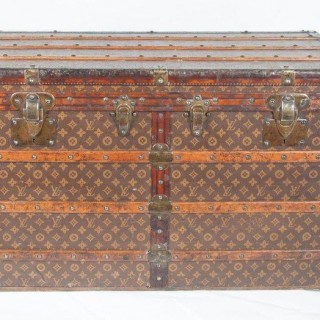 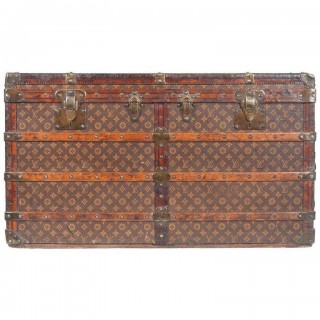 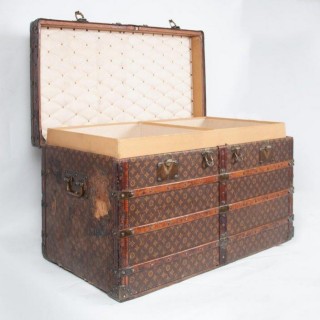 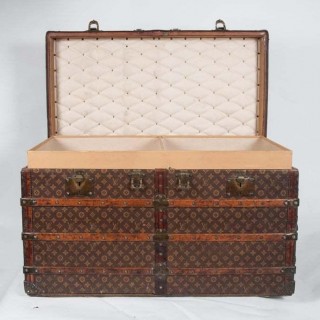 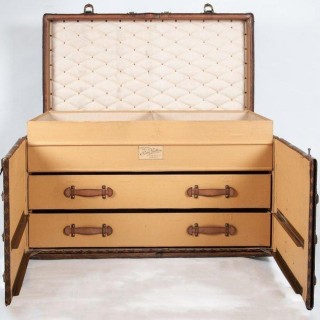 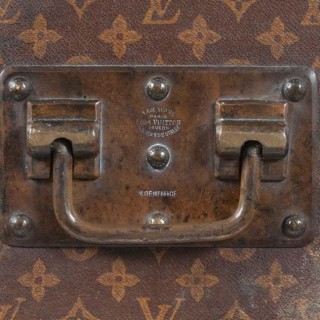 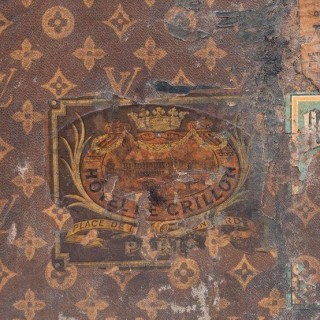 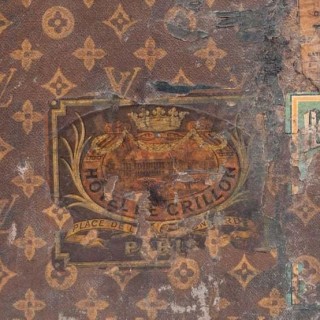 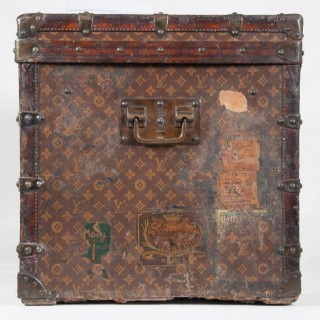 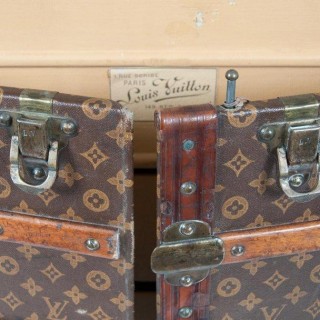 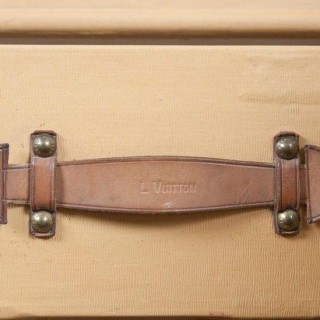 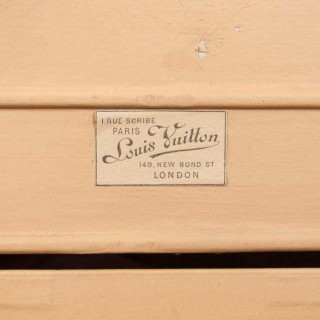 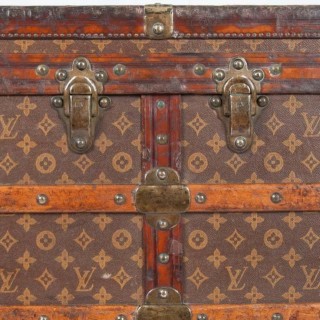 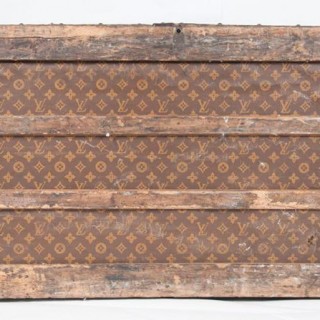 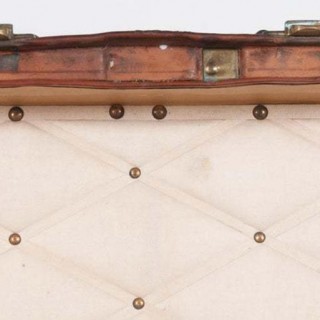 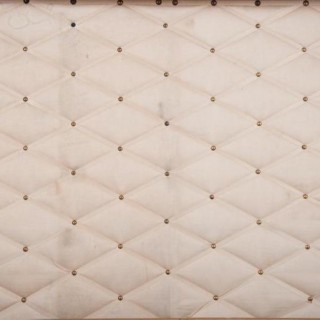 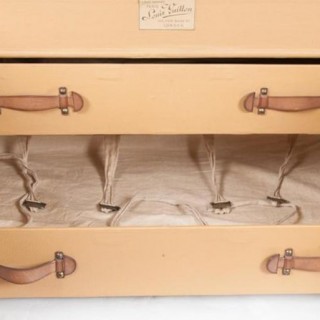 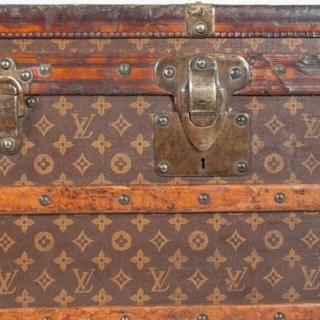 Trains and steamships transformed transportation in the mid 19th century, opening the world up to a new breed of traveler. Louis Vuitton understood the need for more practical luggage, and strove to create products that were adaptable to all situations and the travel trunk was born.

In 1854 Vuitton opened his own trunk-making firm in Paris. His first trunks were lightweight and airtight, with flat tops to facilitate stacking. They were wooden frames covered in gray “Trianon” canvas.

Louis Vuitton trunks were soon very popular and, like today, often copied. The company had to keep changing its signature pattern due to copycats. The trademark brown and beige stripes debuted in 1876, twenty years later, the “Monogram” pattern was unveiled, with the familiar “LV” monogram plus four-lobed flowers ‘borrowed’ from the Japanese visual culture that was so fashionable in the late 19th century.