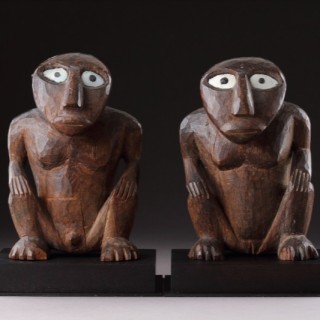 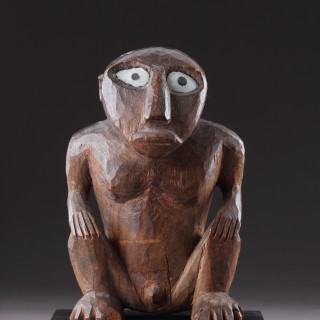 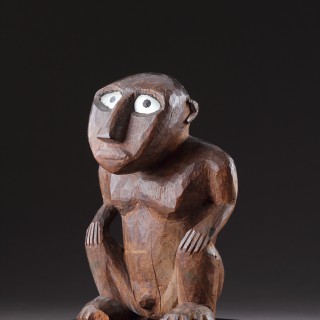 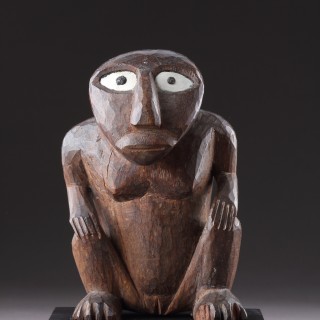 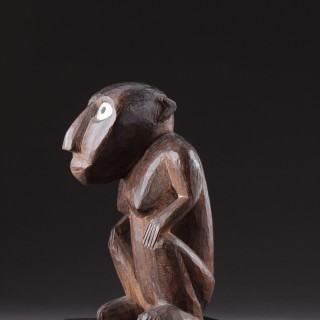 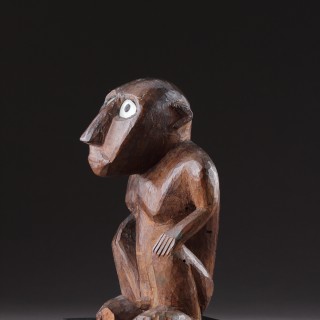 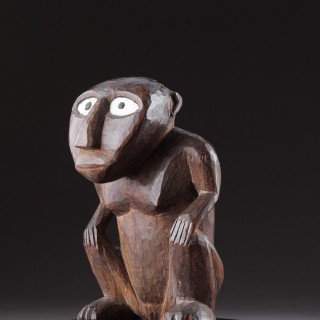 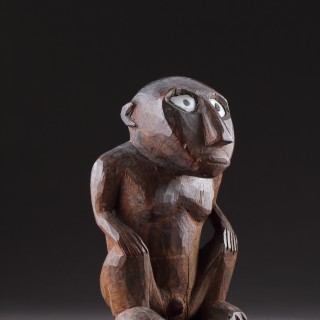 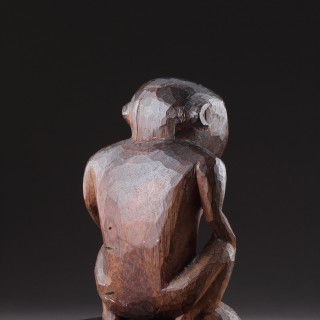 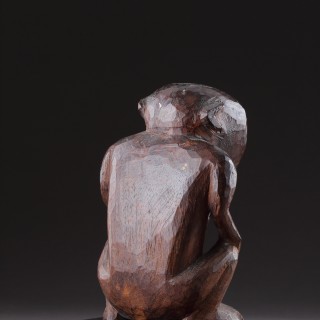 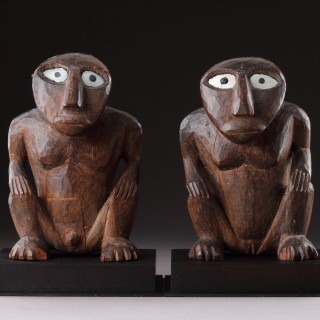 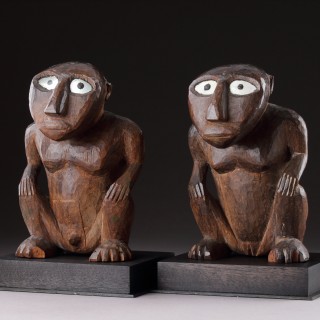 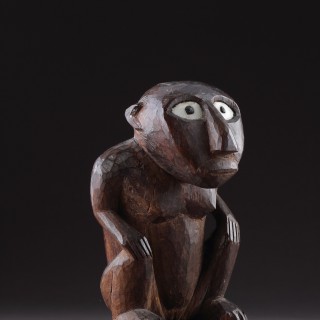 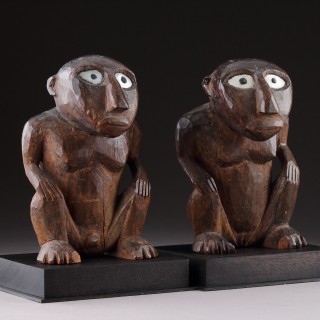 cf: A similar example of a single figure in the Collections of Metropolitan Museum New York 2003.8

These striking abstract squatting figures with almost mask-like heads occur throughout the western Caroline Islands and probably functioned as ancestor images. An American sailor Horace Holden, shipwrecked in 1832, described a religious structure on Hatobei Island….. ‘carved images are placed in different parts of the building and are supposed to personate their deity’ (Holden 1836 pg. 85 – 86, cited in Wavell 2002 pg. 67) One hundred years later Atsushi Someki, a Japanese anthropologist, stated that these seated figures were ancestor images kept in special positions in the house, and as in other locations in the Pacific, they depict remote or recent forebears who could be honoured with offerings and asked for assistance in times of need.