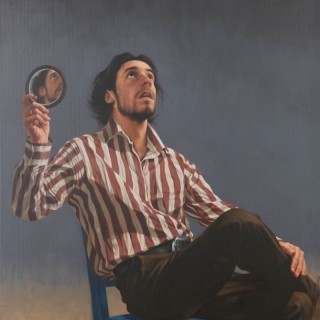 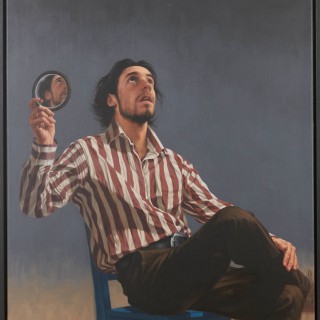 A graduate of Glasgow School of Art, Graeme has exhibited in London, New York, Paris and Russia. He was awarded the Arthur Andersen Prize for Best Young Artist at the Royal Glasgow Institute in 1998. His distinctive freeze frame figurative tableaux are collected worldwide and are represented in the permanent collection of the Royal Bank of Scotland.

His recent works depict certain figures and particular events carried out in public spaces around Glasgow, the city in which he currently resides. His figures are often engaged in ambiguous actions in half-remembered spaces but are moments that have lodged in Wilcox’s memory, maintaining a poignancy that cannot be dismissed. The resulting paintings maintain a paradoxical nature as Wilcox attempts to balance a complete stillness with a sense of motion.