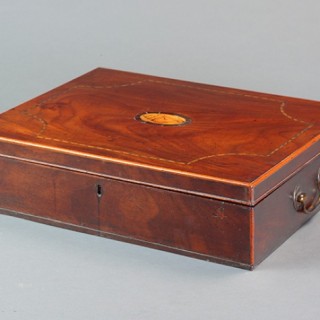 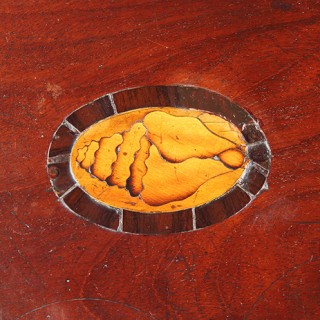 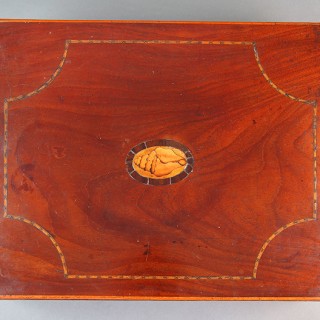 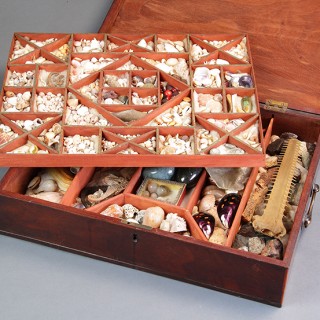 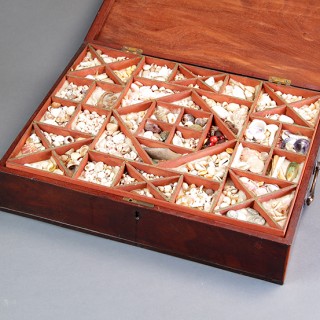 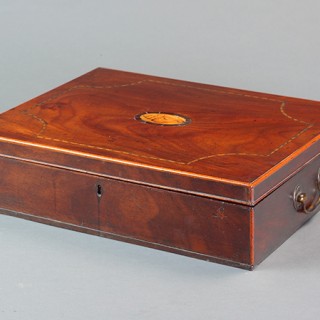 Regency Collection of Shells and Naturalia contained in a mahogany box

Provenance:
Ex Private collection of the Late Eila Grahame 1935 – 2009 Proud Descendant of the Grahames of Duntrune and Claverhouse

In the late 18th century Mary Delany (1700 – 1788) declared: ‘I’ve got a new madness! I am running wild for shells. The beauty of shells is as infinite as flowers’. Talented hands have created idiosyncratic and often exquisite antique shell decorations and shell collecting was a necessary pastime for this ornamental art. Nature was reinvented as floral arrangements, birds, butterflies and insects were made out of hundreds of carefully chosen shells.
Mary Delany was an artist, intellectual and respected member of the social and cultural elite in England in the 18th century. Politicians, explorers, botanists and musicians frequented her drawing room and she became a close friend of George III and Queen Charlotte. She also befriended the Duchess of Portland, a patroness of natural history and a well-known conchologist with a large and important collection of shells. Through her, Mrs Delany discovered the aesthetic delight of shells and started to create shellwork in original and intricate designs. However, although her later paper floral mosaics and collages are now in the British Museum collections all of her shellwork has been lost. All that remains are written descriptions.

Regency Collection of Shells and Naturalia contained in a mahogany box