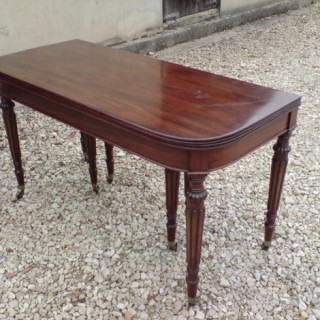 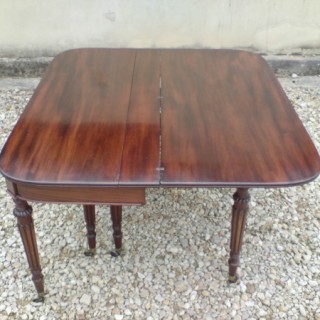 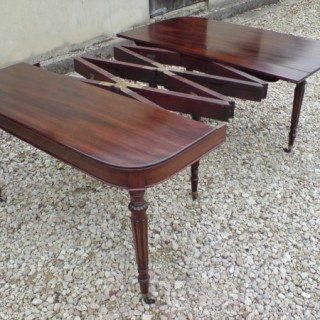 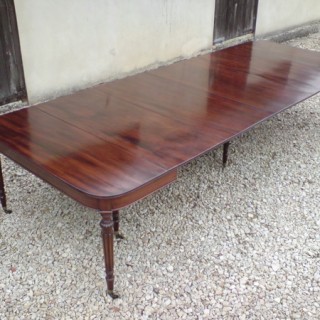 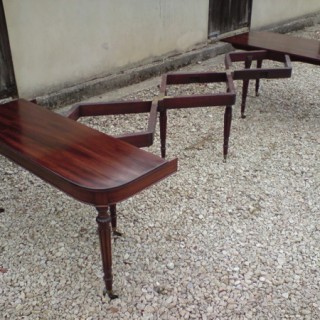 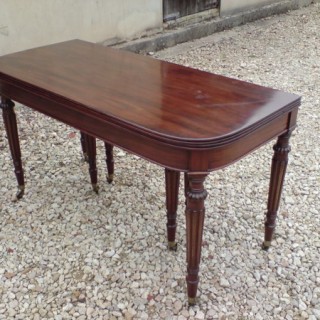 Wonderful quality Regency mahogany antique dining table in good condition, this table has the very rare concertina mechanism which allows it to be stored as a side table if required, it also means ease of access from room to room, the ultimate versatile dining table it can be virtually any length from 47″ long to 140″ long, English circa 1810

Thomas & William Wilkinson, of 9/10 Brokers Row, Moorfields, London were specialist makers of dining tables and in 1807 patented a ‘concertina’ or ‘scissor action’ that permitted their table to be either greatly reduced or expanded in length.

The antique furniture maker William and Thomas Wilkinson operated a cabinet making business at Brokers Row, Moorfields between 1790-1807, after which William left to take over the established business of Quentin Kaye at 14 Ludgate Hill. William was an upholsterer and cabinet maker. He made very fashionable beautiful regency furniture and also did some patented items including antique extending dining tables. After Williams death in 1833 the firm was continued by his sons William Ayscough and Charles and continued to operate into the 20th century eventually trading as Hindley and Wilkinson in 1909.