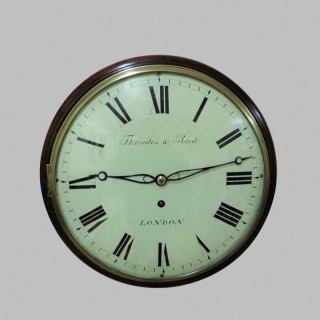 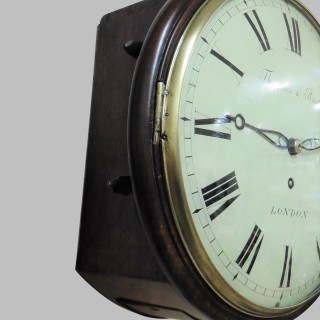 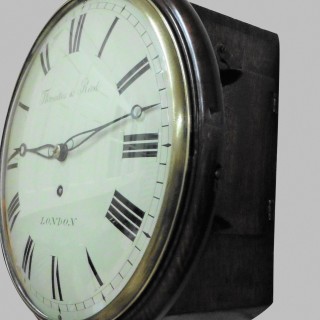 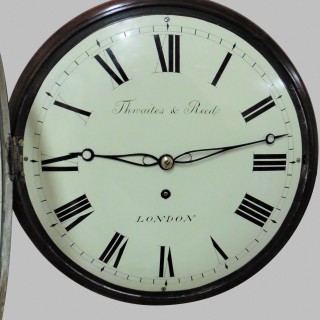 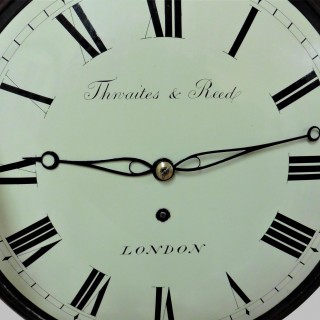 The original Thwaites family of clockmakers can be traced back to the early part of the 17th century when Ainsworth Thwaites begun working from Rosman Row in 1740, he was a member of the Clockmakers Company from 1751 to 1780 his sons Benjamin and James formed a partnership with George Jeremiah Reed (member of the Clockmakers Company in London from 1816 to 1823) to become known as Thwaites and Reed in 1826. They soon established themselves as one of the most important clockmaking firms in the country. As well as making clocks for themselves they made movements for some of the most famous names of the day such as Vuillamy, Ellicott, Dutton and Elliott. The firm is still trading today and looks after Big Ben.
When