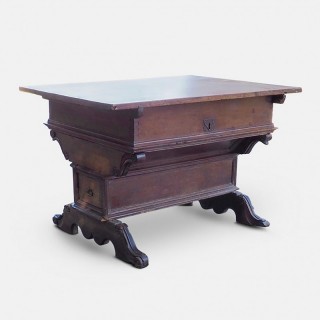 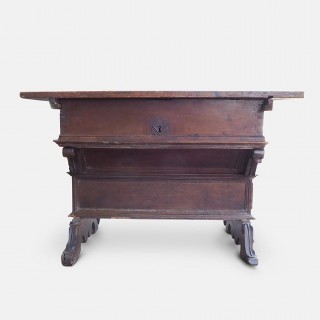 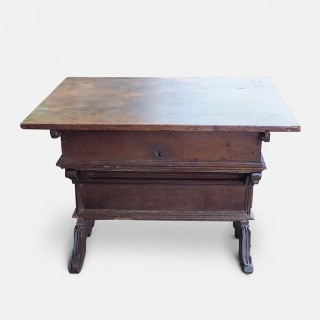 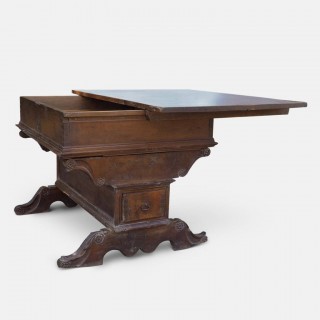 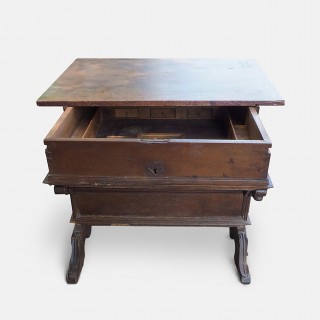 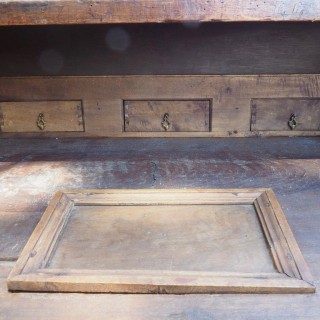 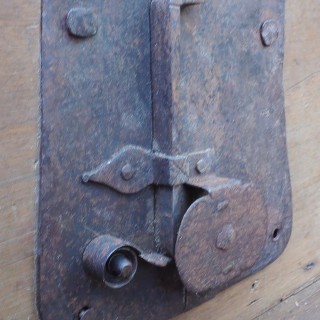 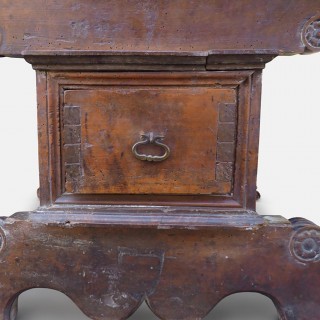 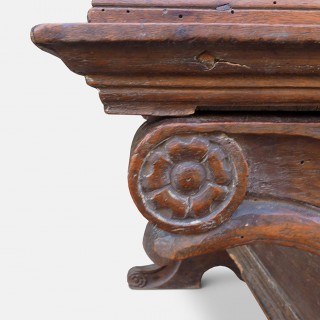 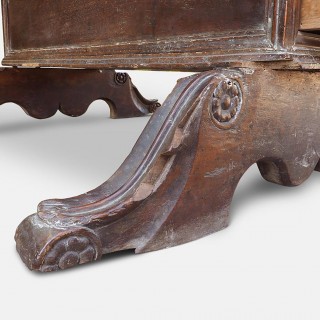 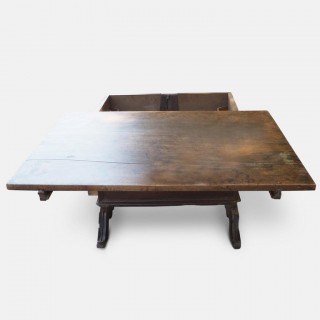 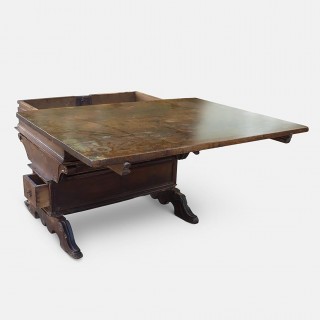 Late Renaissance Swiss or northern Italian merchant’s desk in unrestored state from the late 16th century. A type originating in the Alpine region of central Europe these counting desks changed little over the centuries and are popularly known as Swiss Bankers tables although they could also be found in Northern Italy, Austria and Bavaria. Alpine softwood would have been used to line the interior draws etc. while walnut or oak were used for the exterior. This desk has been modified over its lifetime with the additions from 17th or 18th centuries and some later adaptations in the upper coffer. As with all these desks the table top slides off to reveal a central well surrounded with small side drawers. Decorated with carved foliate roundels and mitred trim. This table has had a long working life which is reflected in its condition.

Centuries of use have resulted in wear and repair over the ages and although the piece is basically sound it is in an essentially unrestored state.