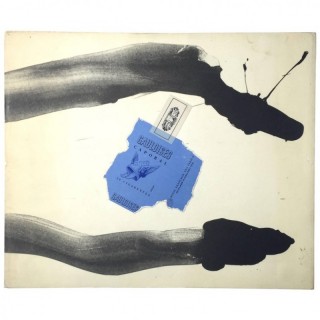 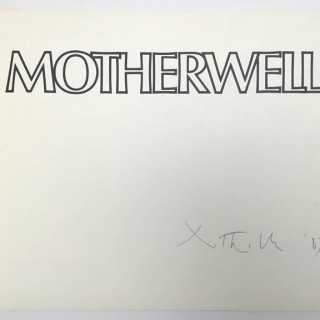 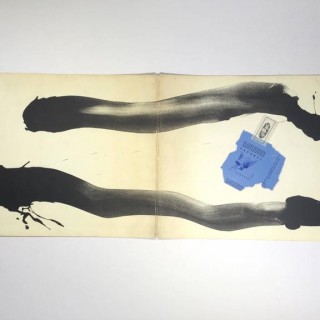 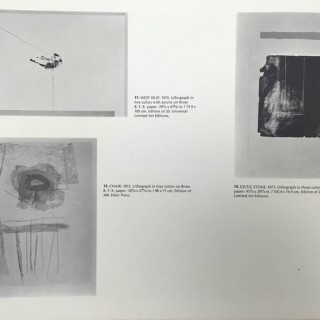 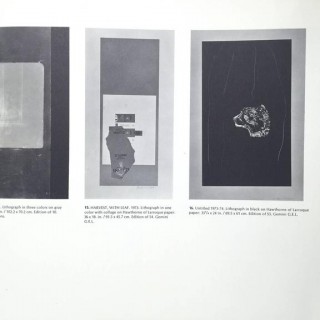 This rare catalogue signed by Motherwell produced for an exhibition at Jack Glenn Gallery. The cover of this catalogue was created as a limited edition loose lithograph with a collage of a Gauloises wrapper.

Alongside Jackson Pollock, Mark Rothko, and Willem de Kooning, Robert Motherwell is considered one of the great American Abstract Expressionist painters. His esteemed intellect not only undergirded his gorgeous, expressive paintings—frequently featuring bold black shapes against fields of color—but also made Motherwell one of the leading writers, theorists, and advocates of the New York School.