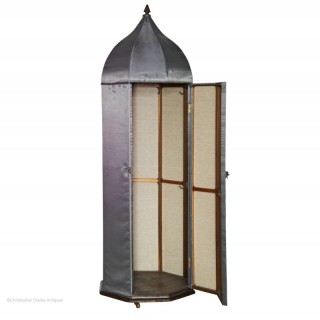 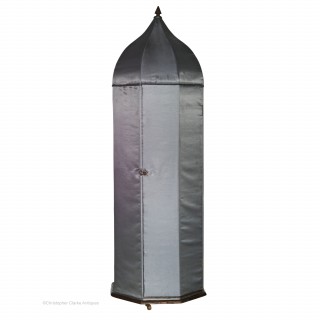 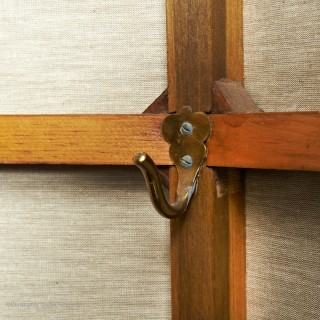 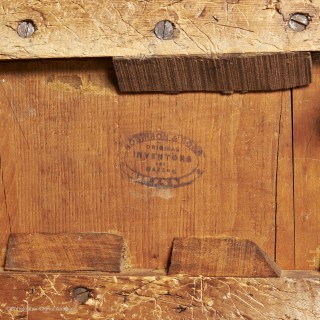 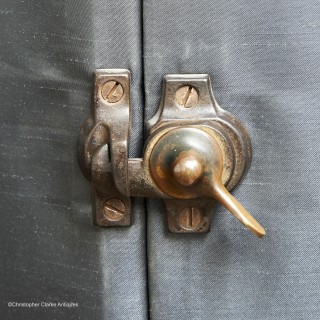 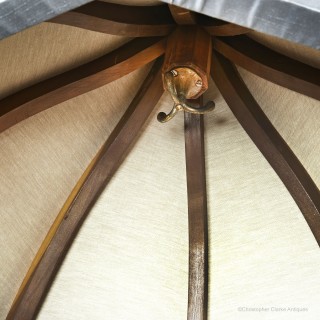 An interesting Wardrobe by Robinson of Ilkley, Yorkshire.

Robinson’s were known primarily for their Ilkley portable Couch, which proved so popular it was copied by a number of other companies. Although this wardrobe was more likely to be made for the domestic market rather than for travel, this is an interesting piece of furniture made by a company known to have made campaign day beds.

The shape is octagonal with a domed top. It is re-upholstered in a blue grey silk over a wooden framework. There is a brass hanging hook at every joint of the frame and a triple hook to the top of the dome. The base is mahogany and the secondary timber pine. There is a stencilled maker’s mark to the underside of the base stating Robinson & Sons, Inventors and Makers, Ilkley. It is likely that the castors are an addition if not replaced. Late 19th Century.