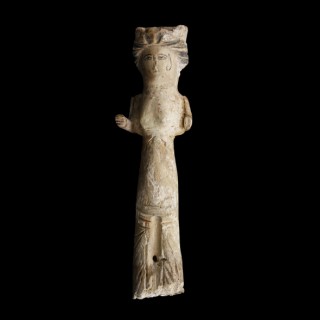 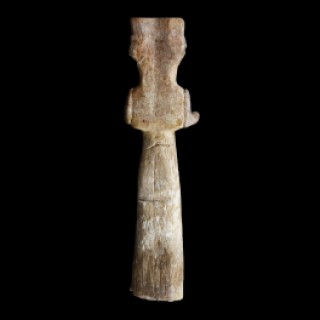 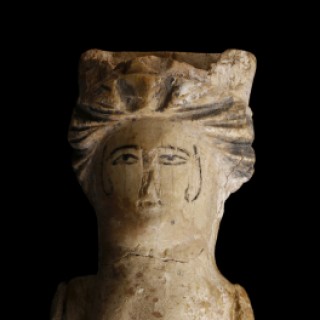 A rare Ancient Roman doll carved from a single piece of bone with a flat, unworked reverse. The doll is modelled in the shape of a female figure, possibly a goddess, shown wearing a long tunic and a sumptuous headpiece, ending on a polos. Much attention is given towards the representation of facial features and hair. The naturalistic appearance of the dress’ folds has been created by a series of carved lines. The doll’s arms (one of which has been lost), were originally attached separately. Dolls carved in bone were popular in the Late Roman Empire.