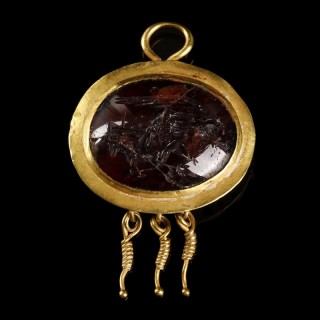 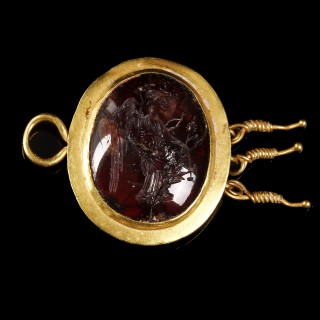 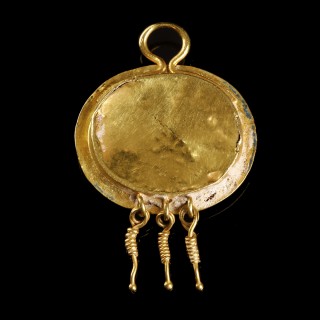 An extremely fine Ancient Roman oval-shaped garnet intaglio mounted in a gold cell featuring a suspension loop to the top and three drop dangles to the lower edge. The intaglio is finely carved with the depiction of the winged Roman goddess Victoria, here portrayed wearing a plumed helmet and holding arrows in her extended hand.

According to ancient Roman mythology and religion, the goddess Victoria, known as Nike in Greek mythology, was the personified goddess of victory. Numerous artistic and architectural dedications to her bear witness to the popularity of the goddess’ cult: Victoria appears widely on Roman coins, jewellery, architecture, and other works of art. This high quality intaglio id carved in garnet, a semi-precious stone extremely popular in Classical times.