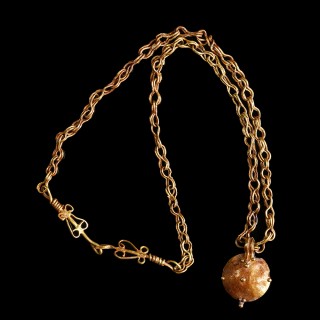 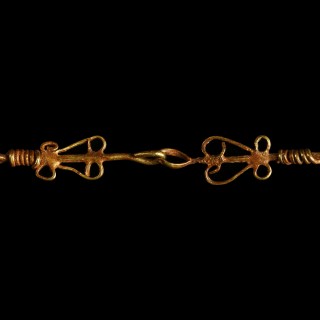 In Ancient Roman culture, bullae were worn by youths to ward off evil spirits, as children were seen as more vulnerable and needing protection. Boys would have worn such amuletic pendants until adulthood, when finally they would have left their bullae aside, as a testimony of their safe passing to manhood. However, male adults might have worn bullae in particular and special occasions, such as a military investitures or public ceremonies. The custom of wearing bullae came directly from the Italic civilisation of the Etruscans.

Fine, with original clasp. Some dark red patination to the gold. This necklace is suitable for modern wear with care.