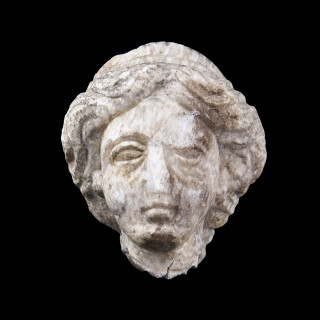 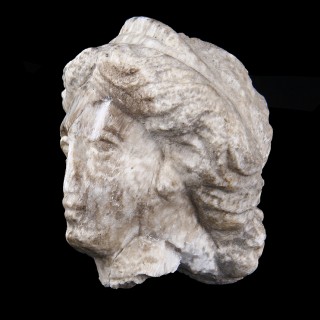 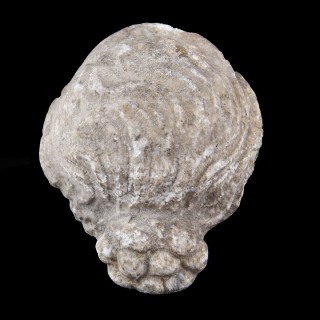 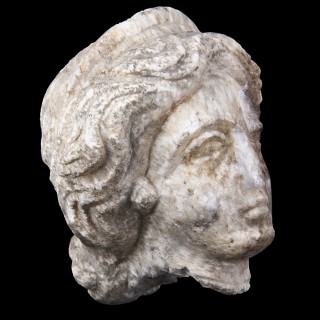 Roman Marble Head of a Goddess with Diadem

A finely modelled Ancient Roman marble head of a female figure. The figure is portrayed wearing a stephane, a type of diadem popular in Classical times, and with her hair gracefully arranged to the back in a low bun, known as nodus. Much attention is given towards facial features, which are rendered in an extremely naturalistic manner. The piece would once have been part of a larger statue or composition depicting a goddess or a female personification. Although is impossible for us discerning the true identity of the figure, the attribute of the stephane might qualify the female as a goddess, possibly Venus or Juno.

Roman marble sculpture, based upon the techniques established by their Greek predecessors, is commonly considered to be amongst the finest work in the history of European art. Though many Roman marble sculptures were copies of Greek originals, examples such as this show the simple elegance of a uniquely Roman style. The piece is dated to the Roman period, however the hairstyle and facial features recall Classical and Hellenistic influences.

Condition: Fine, with chips to the face. Repaired to the neck.

Roman Marble Head of a Goddess with Diadem