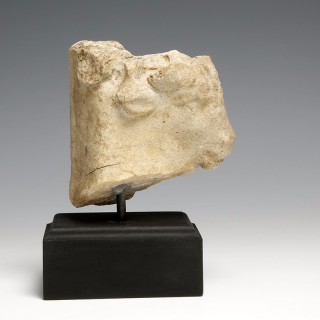 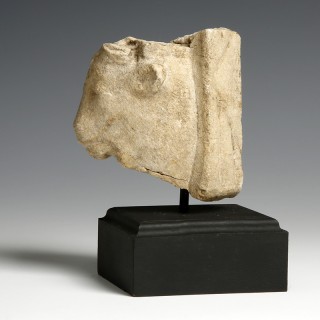 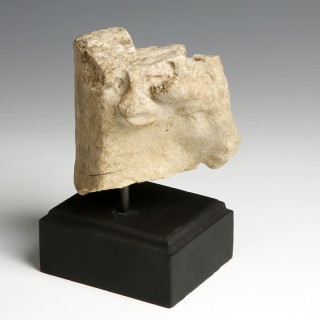 A fragmentary marble relief fragment, possibly part of a cornice, depicting the head of a bull. The head is partly turned to one side and though the details are now a little worn, the hair between the horns, the ears and the facial details can be clearly seen. Supplied with a purpose-made stand (height with stand 10.5 cms).

Roman marble sculpture is usually anthropomorphic. Emperors, prominent citizens and deities are all known from marble busts, but animals are rarely depicted. The depiction of a bull may have had a purely decorative function, however of the few animals depicted in marble, some can be identified as being the animal attendants of specific deities and so this may have been a symbol of, or allusion to, an associated deity perhaps Mithras.

Fine condition; fragmentary above the base of the horns and below the neck.