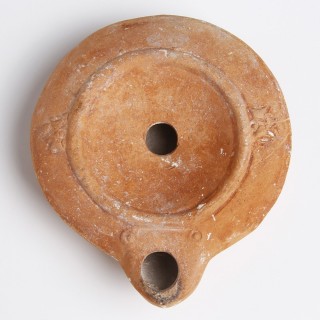 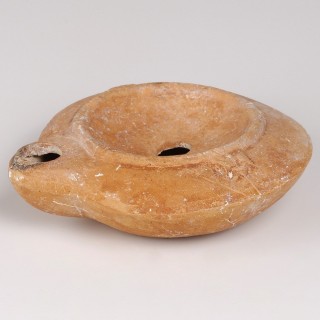 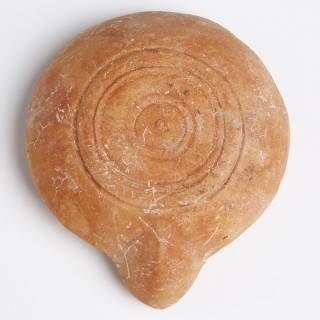 An Ancient Roman terracotta oil lamp featuring one filling hole to the concave discuss and one wick hole on the volute nozzle. The discuss displays a simple moulded geometrical decoration. The reverse is further enriched by concentric circles.

During the Roman Empire oil lamps, also known in Latis ans ‘lychnus‘, were extremely popular artefacts used in funeral and religious ceremonies and for public purposes. Over time, the manufacture of lamps increased, and so did the variation in decoration, which depended mainly on the shape and size of the lamp. Common decorative themes depicted on the discus were entertainment scenes, popular myths, and animals.

Fine and intact, with signs of ageing and earthy encrustations on the surface.