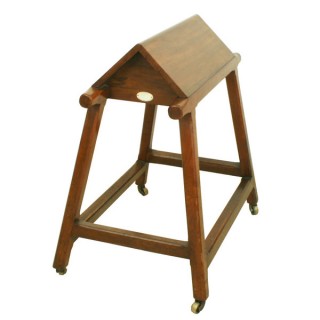 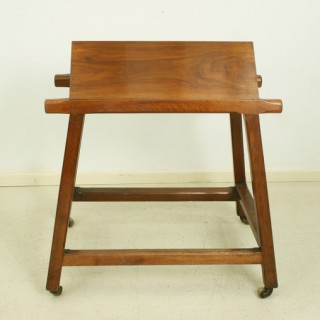 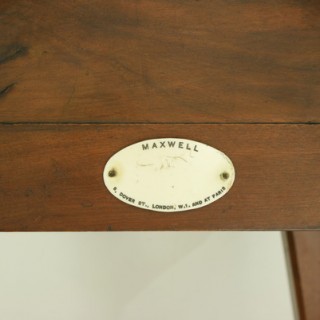 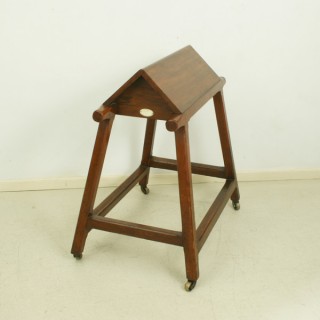 An unusual shop fitting of a fine tailor’s wooden horse. This would have been used for measuring and fitting customers for their riding boots and clothing. The high quality saddle horse is made of walnut and has an ivorine plaque engraved ‘Maxwell, 8 Dover St., London, W.1. and at Paris’. This is a very nice unusual piece in excellent condition. These type of saddle horses were used in equestrian outfitters as well as Savile Row for fitting military equestrian uniforms.

Henry Maxwell was founded in 1750 and is the oldest of the remaining bootmakers in London. Originally a famous spur-maker (you can see Maxwell’s spur collection at 83 Jermyn Street), Maxwell thrived on the ubiquitous use of the horse for battle, ceremony, hunting, sport and personal transport, and ultimatly supplied boots for cavalry regiments, hunting, polo etc. By the mid 19th century the firm was prospering internationally and was awarded the first of its many Royal Warrants by King George IV. By the early 20th century, before the horse was superseded by motorized transport, Henry Maxwell had grown dramatically and supplied boots, shoes and a wide range of riding and hunting accessories from shops in London and Paris.

In the 20th century the firm absorbed Faulkner & Son and traded successfully from 8 & 9 Dover Street, off Piccadilly, and latterly from South Audley Street. In 1999, the business moved to 83 Jermyn Street, the home of its sister company Foster & Son, where it continues to prosper in the same private ownership.