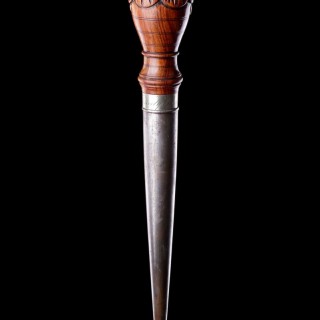 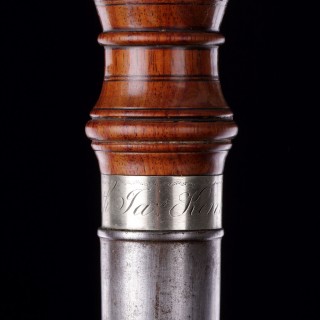 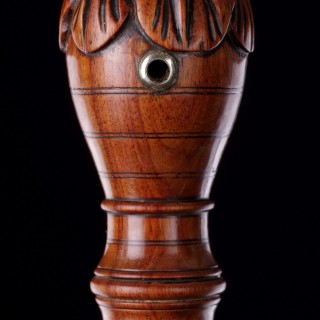 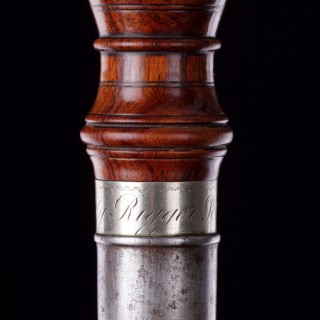 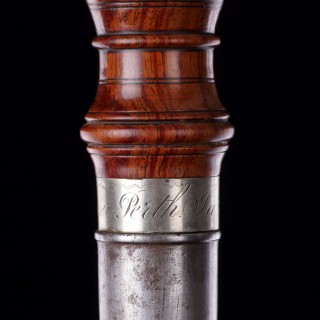 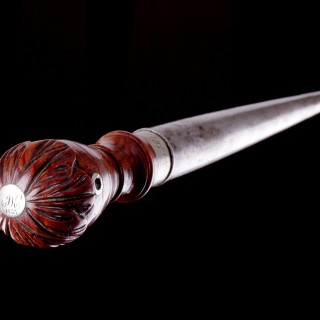 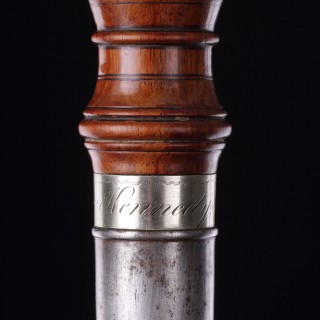 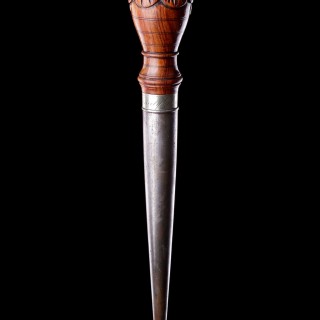 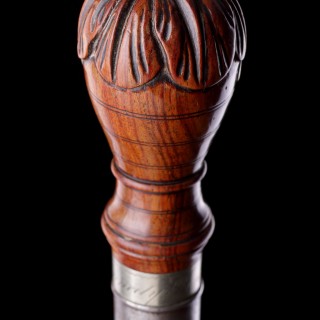 An Unusual Scottish Sailors Fid or Marlinspike of Rosewood Carved with an Acanthus Leaf Shaped Pommel and a Steel Shaft with a Silver Collar
Inscribed ‘James Kennedy Rigger Perth’
A silver cap to the handle with ‘J.K. 1833’ two silver eyelets for a Wrist Thong
Circa 1833

Sailors fid’s were used for splicing, reeving and untangling the manila and hemp line used for the rigging of ships, for making grommets which are the equivalent to buttonholes in sails, canopies and tarpaulins and for any other task for which an oversize bodkin is useful in making rope and canvas. Steel marlinspikes performed the same functions, but could also be used with wire rigging.