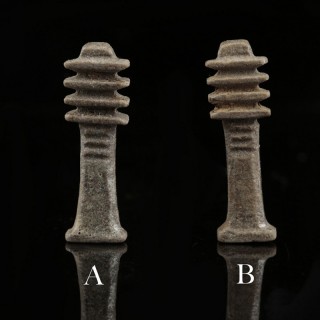 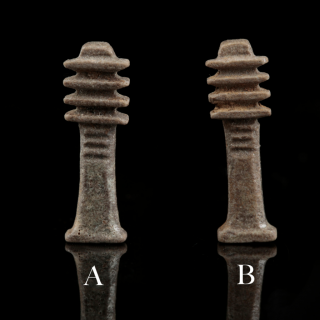 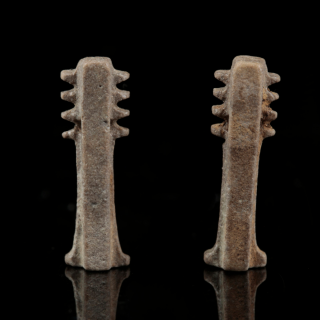 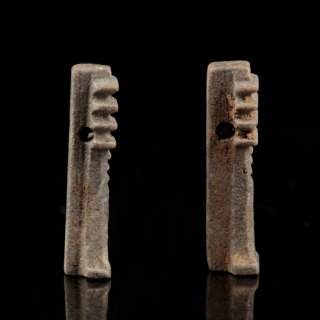 A selection of Egyptian Djed pillars, finely modelled in grey faience and pierced to the top for suspension. The Djed pillar amulet was one of the most common of all those placed on the mummy. The Djed pillar was a symbol of regeneration associated with the funerary and fertility god Osiris and thought to represent his spine in a shape of a column with four parallel crossbars in the upper section. A spell in the Book of the Dead activates such an amulet. It says: ‘Raise yourself up Osiris! You have your backbone once more, O weary-hearted One; you have your vertebrae!’.

The Egyptians wore amulets alongside other pieces of jewellery. They were decorative, but also served a practical purpose, being considered to bestow power and protection upon the wearer. Many of the amulets have been found inside the wrappings of mummies, as they were used to prepare the deceased for the afterlife. A number of Djed pillar amulets could have been strung around the lower torso, or placed singly on the upper chest or around the neck.

The price is per individual item. Please e-mail with the letter of your preferential scarab prior to purchase.

Item A is sold