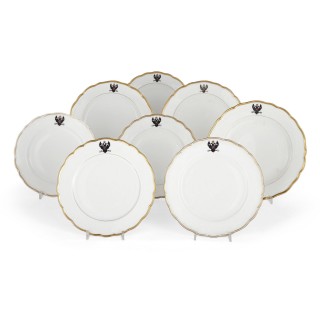 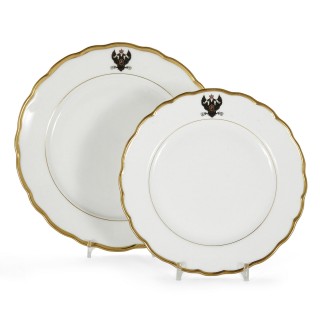 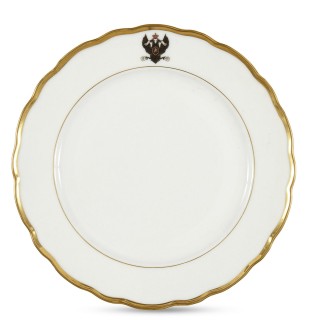 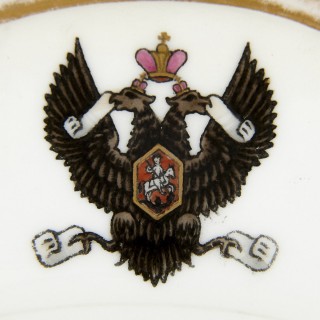 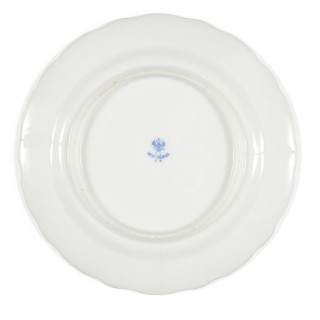 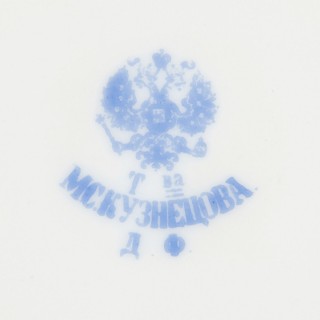 Consisting of eight plates – four large and four small – this beautiful set belonged to Grand Duke Konstantin Nikolayevich’s service. The Grand Duke, born 1827, was the second son of Tsar Nicholas I. His father made him General Admiral of the Imperial Russian Navy, a role in which he introduced progressive reforms.

With a simple white background, the present plates feature the emblem of the Russian Navy to the top – a double headed eagle with crown, holding scrolls of paper. The plates also feature a gilt scalloped edged rim and gilt ring around the centre.

Each plate is marked for the Kornilov Brothers Porcelain Factory, founded in St Petersburg in 1835.