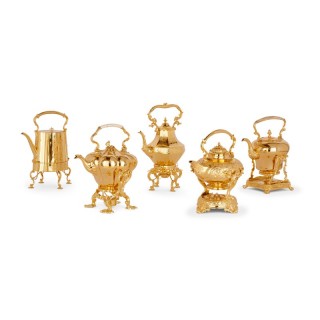 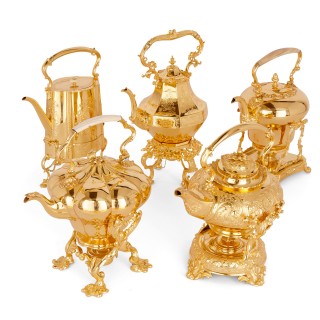 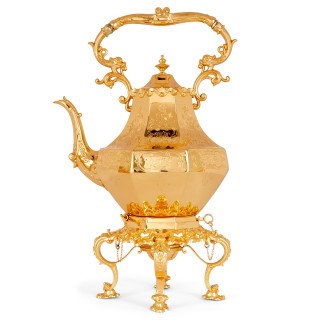 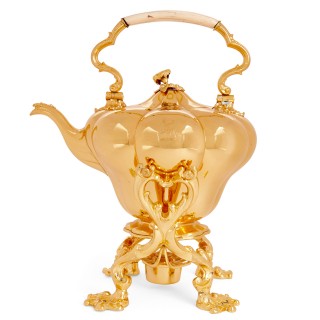 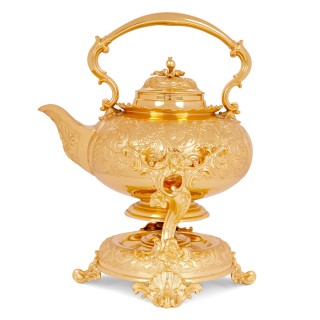 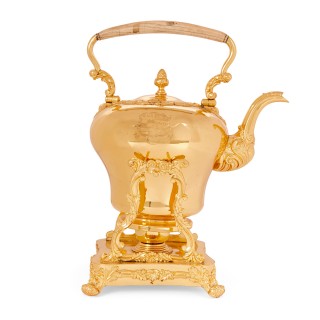 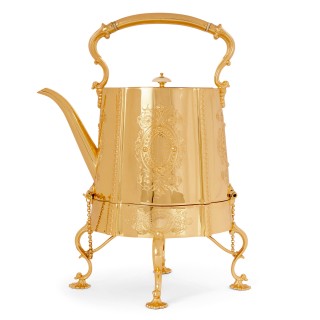 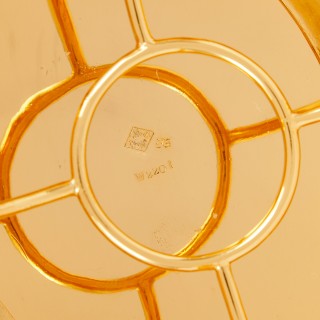 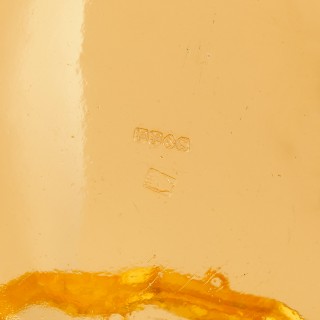 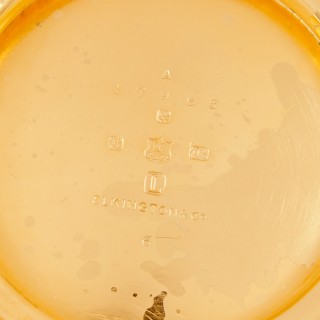 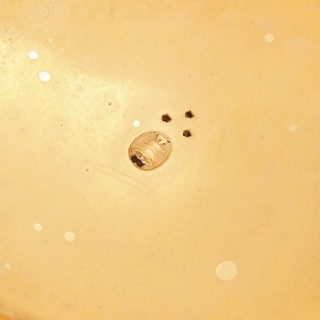 This group of five beautiful kettles includes examples by a variety of celebrated English makers, including Elkington, Padley, Parkin & Staniforth, and Mappin and Webb. Each kettle is formed from gilt metal—the gilding being a later addition. The kettles evince a variety of ornate styles, and each kettle is raised by its own conforming stand. Several of the kettles include ivory handles and insulators. The kettles are fully marked with the emblems of their respective makers.