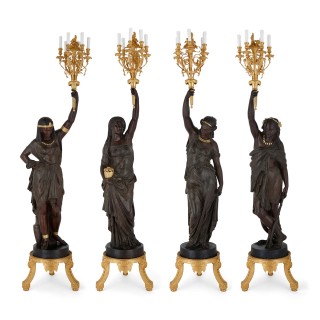 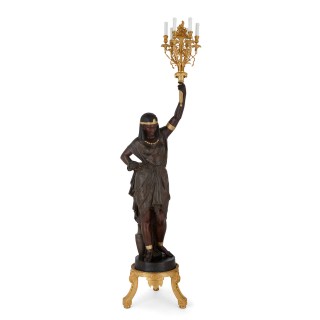 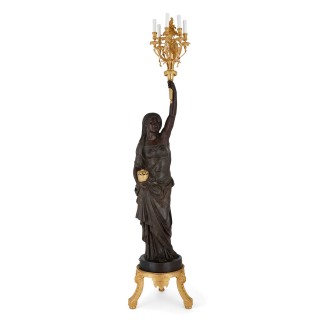 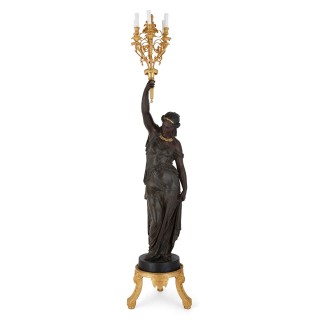 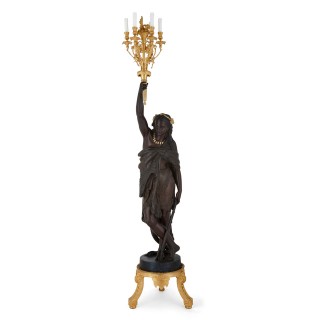 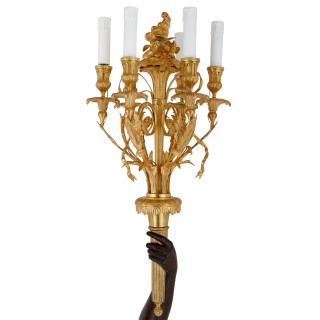 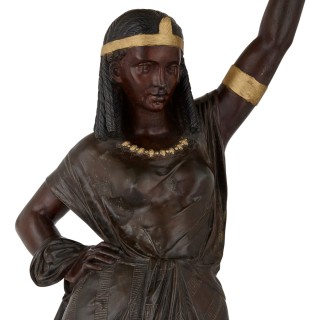 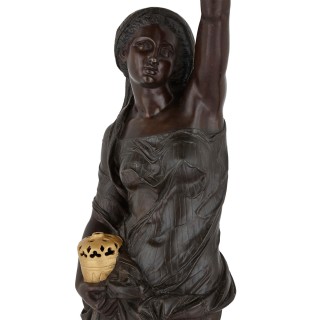 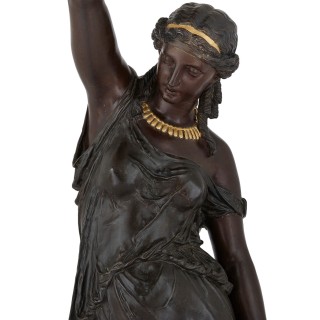 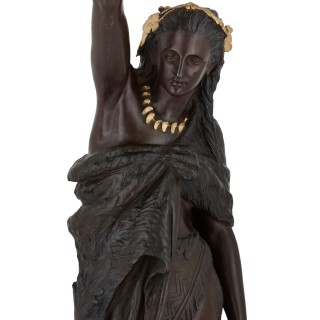 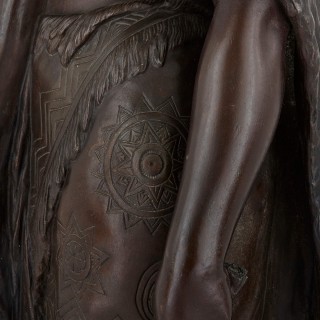 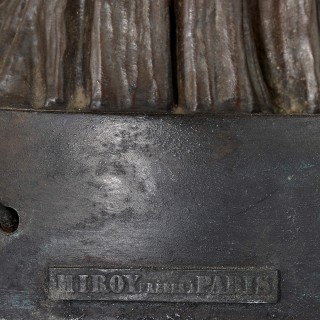 The four large torchères in this set are designed in the manner of Mathurin Moreau, one of the leading Academic sculptors of the nineteenth century. The patinated metal sculptures were cast by Miroy Frères, as indicated by an integral plaque on each of their bases. Each torchère is wrought as a standing female figure, who holds aloft a gilt bronze candelabrum. The figures are representative of the four continents: one is emblematic of Asia, one of Europe, one of Africa, and one of America. Each wears light dress indicative of their continent, and each is finished with gilt accents, such as to necklaces, headbands, and armlets. Each torchère is raised on a marble-topped gilt bronze stand, which is supported by three scrolled legs moulded with classicising motifs. The candelabrum that each holds issues six lights. The gilt bronze candelabra and stands are later.