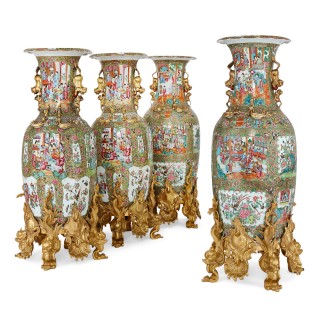 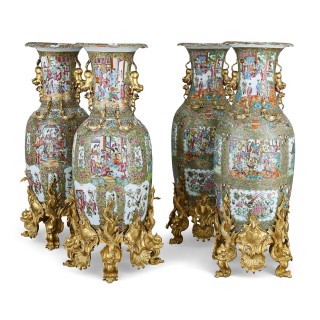 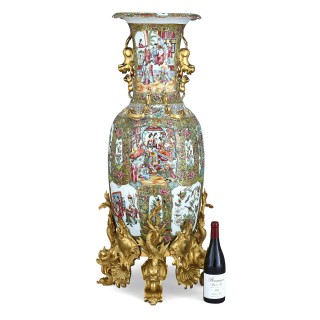 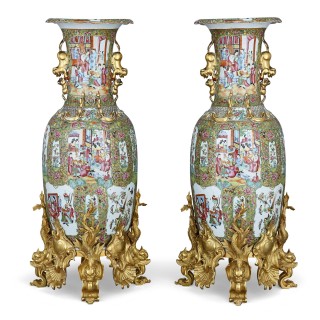 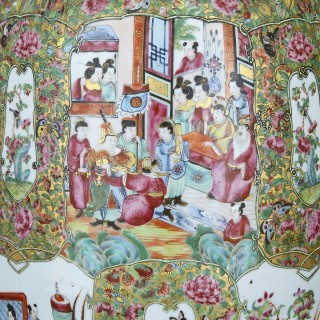 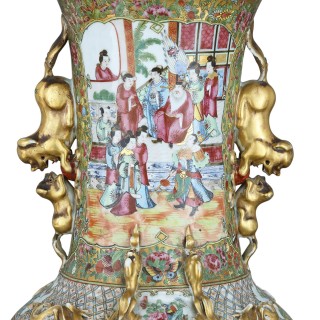 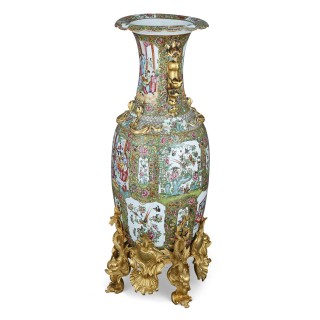 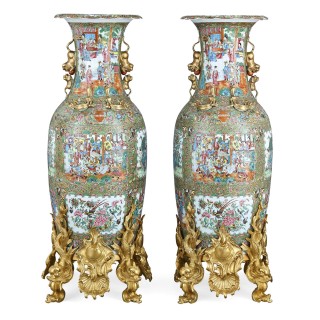 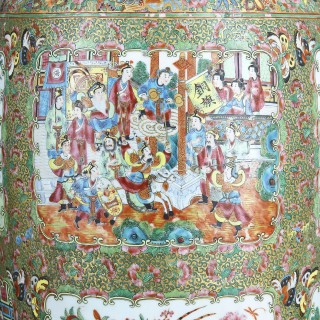 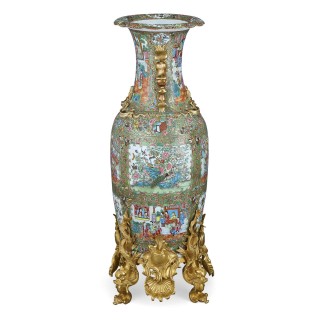 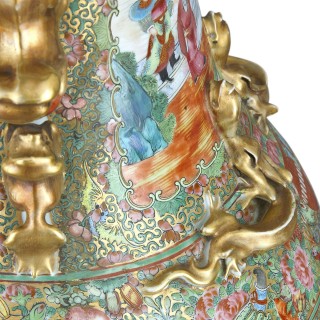 This set of four Chinese vases, which is comprised of two distinct pairs, is from the city of Canton. The vases are decorated in the so-called famille verte manner, wherein the primary colour tones adorning the scenes painted on the body are of green with red accents. Each vase is ‘mallet shaped’, a traditional shape evident in many Chinese vases of this period, the body being loosely ovoid and the neck slender. The body of each vase is painted with scenes of courtly life interspersed amongst profuse foliage, birds, and butterflies. The vases are mounted to their necks with twin parcel gilt foo dog handles.

Each vase is raised on a twentieth century French gilt bronze stand designed and decorated in the Chinoiserie manner.

The set is a remarkable and striking example of traditional Chinese art and design.