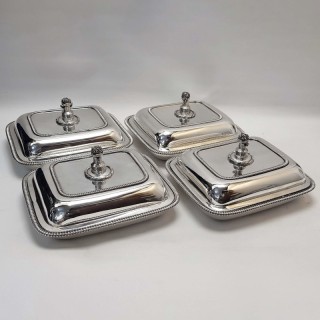 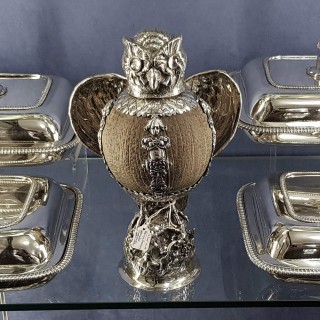 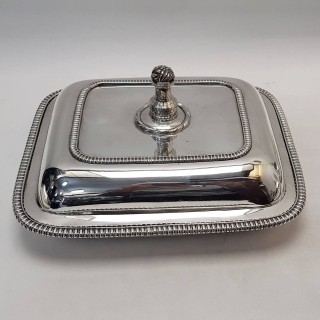 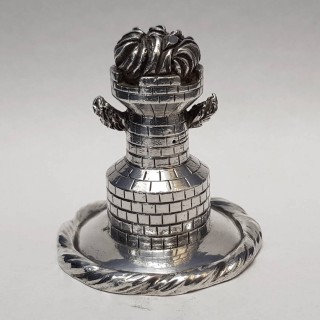 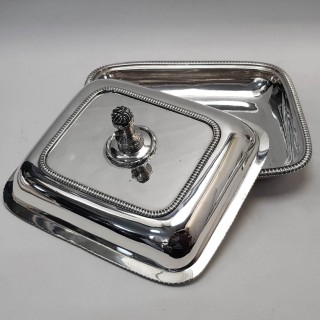 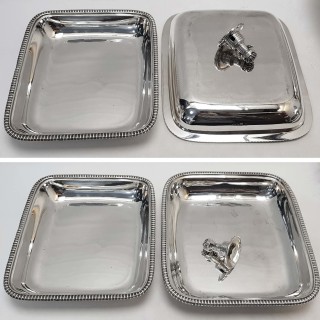 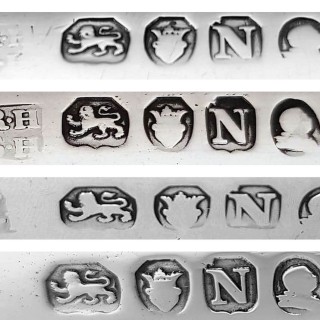 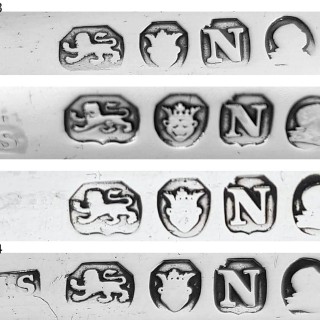 A handsome set of 4 antique silver serving dishes, the lift off covers with cast lighthouse finials. Rectangular form. Lovely plain design with straight gadroon borders. The handles are detachable so that the lids can also be used as dishes.

Marks. The tops and bases are all stamped with a full set of English silver hallmarks. All same maker, the maker’s mark on some pieces are badly stamped or worn.

Samuel was the son of Robert Hennell I and the mark for their partnership was entered in 1802.

All in very good usable condition.