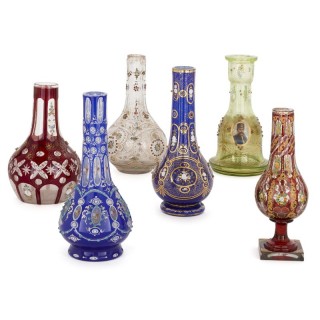 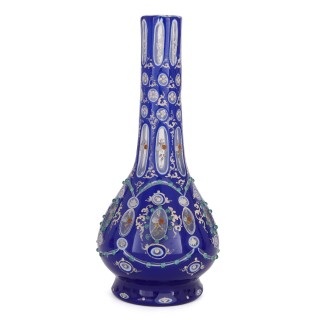 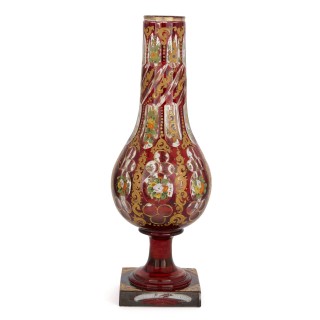 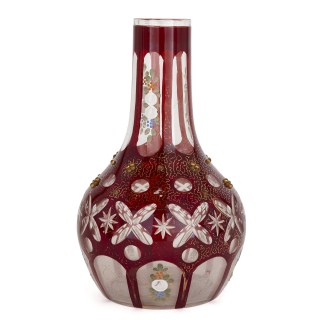 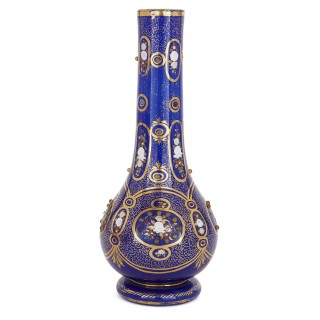 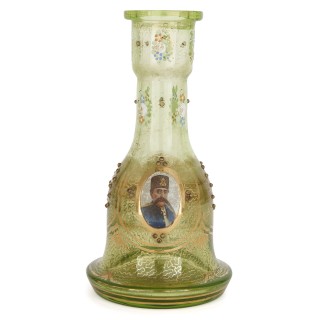 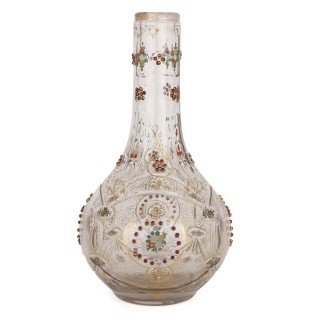 This beautiful collection of glassware includes six finely enamelled and parcel gilt coloured huqqa (or hookah) bases. The items were crafted in the late 19th Century in Bohemia (which today forms part of the Czech Republic). While created in Bohemia, it is likely the huqqas were intended for the Persian market (modern-day Iran).

The six huqqa bases are all slightly different in their shape and decoration. In their form, they range from bases with flat bottoms to those with tall stems; from bulbous to bell-shaped bodies; and from necks which are cylindrical and panelled to those which are slightly flared and smooth.

In terms of decoration, the collection includes two clear glass huqqas which are partially covered with a red overlay, one partially covered with a blue and white overlay, one which is entirely blue, one which is left clear, and one crafted from light green glass. The huqqa bases are decorated with enamel scrollwork, flowers and beads. They also feature parcel gilt beads, swirling patterns and foliate motifs. The light green huqqa is further ornamented with a portrait of Mozaffar ad-Din Shah, the Qajar king of Persia in the late 19th and early 20th Century.