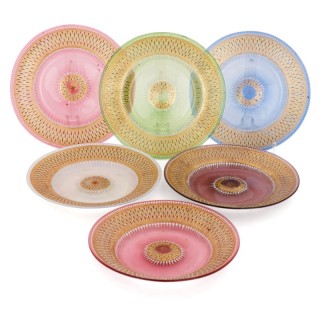 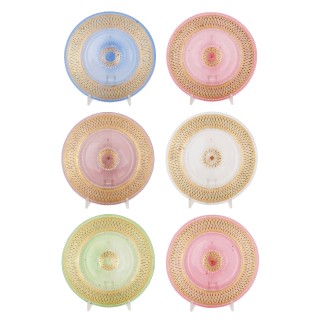 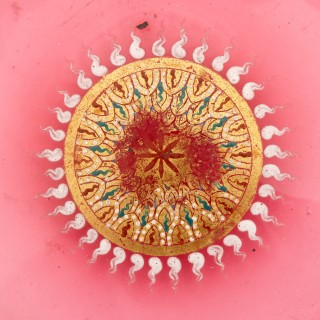 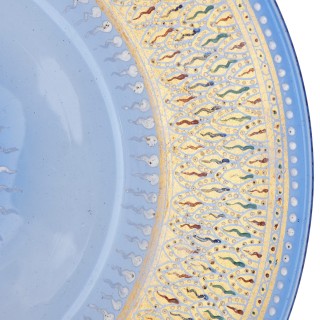 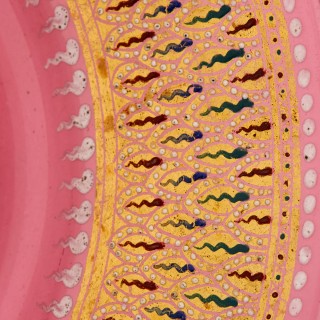 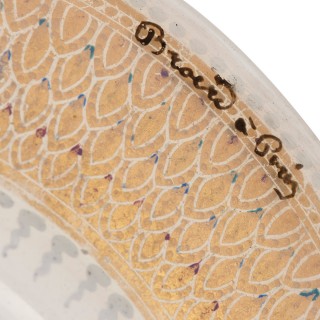 These beautiful coloured glass plates were created by the leading glass-maker of the 19th Century, Joseph Brocard (French, 1831-1896). Brocard is best remembered for his reproductions of medieval Egyptian and Syrian glassware, particularly mosque lamps. Islamic style glass objects by Brocard are today held in important decorative art displays across the world, including the British Museum and the Victoria & Albert Museum in London and the Metropolitan Museum of Art in New York. One plate is signed ‘Brocard a Paris’.

The six plates are circular in shape with sunken centres and flared borders. The plates are crafted from coloured glass which has been finely parcel gilt and enamelled. One plate is light purple, one is blue, two are pink, one green and one white. They feature central gilt medallions which are decorated with red enamel foliate motifs, white dots and green, red and white enamel wavy motifs. The outer borders of the plates feature gilt bands which are similarly decorated.