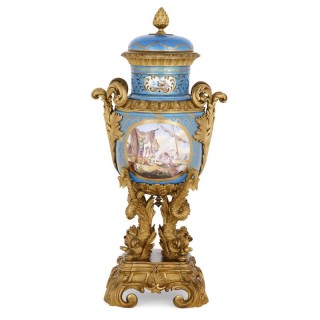 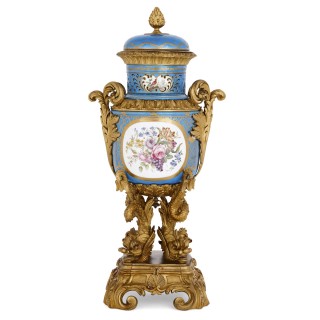 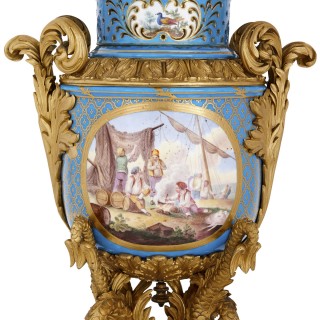 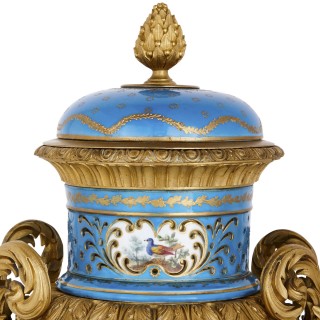 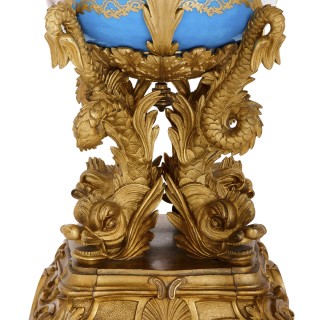 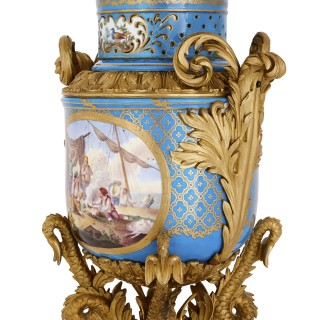 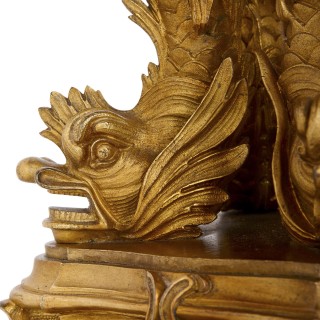 This wonderful vase is fashioned in the style of Sèvres Porcelain Manufactory wares produced in the 18th Century. The vase was created in France in the second half of the 19th Century, c.1860.

The vase is composed of a porcelain U-shaped body with a cylindrical neck covered by a domed lid. The porcelain is ‘bleu celeste’ (sky blue) in colour and is finely parcel gilt and painted. The vase’s lid is crowned by a gilt bronze (ormolu) pinecone finial, and its flared mouth is edged with a gilt bronze egg-and-dart band. The vase’s neck is pierced and painted, on its front and reverse, with white cartouches containing colourful depictions of birds. The shoulders of the vase are mounted with a gilt bronze foliate band, and the body is fitted with two scrolled gilt bronze acanthus leaf handles. The body is painted on its front with a scene showing a group of fishermen in a port, and on the reverse with a flower bouquet. The vase’s lower body is mounted with a gilt bronze band of stiff-leaves and a shaped drop-finial.

Four gilt bronze supports raise the vase’s porcelain body off the ground. These take the form of of sea monsters with snarling faces and twisting scaled tails. They are placed on a gilt bronze base which is decorated with scallop shells and set on four acanthus leaf C-scroll feet.