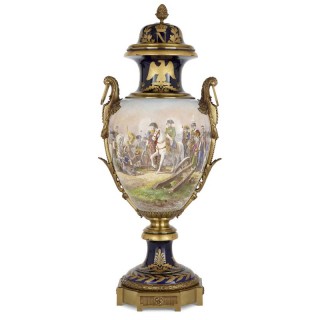 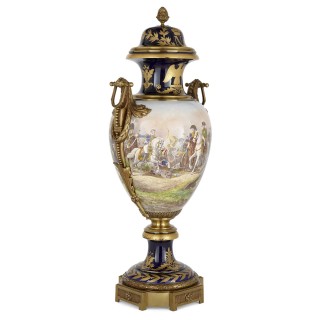 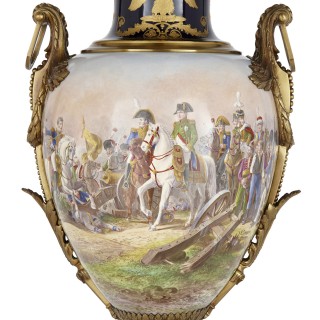 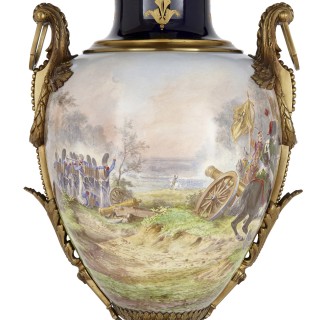 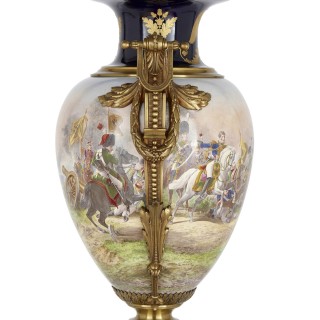 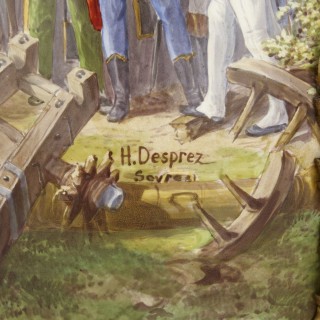 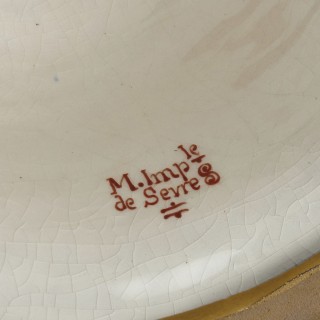 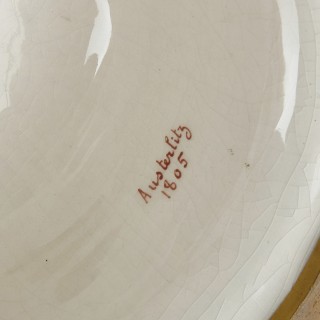 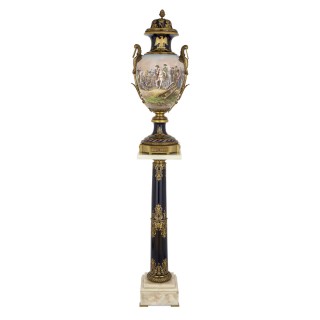 This wonderful vase is a superb example of late 19th Century ‘Napoleonana’, or Napoleon-inspired decorative art. The vase is crafted from porcelain in the beautiful Sèvres style and adorned with deftly cast gilt bronze mounts.

The ovoid body of the vase is decorated in the round with a continuous painting of a Napoleonic battle scene—the Battle of Austerlitz—with Napoleon front and centre. The painting encompasses every square millimetre of the surface and is a truly impressive creation. The vase is set above with a waisted porcelain neck, which in turn is surmounted by a domed porcelain cover, and is supported below by a porcelain socle above a gilt bronze base. The shoulders of the vase are mounted with Neoclassical style twin gilt bronze handles.

The inside of the porcelain cover features a spurious Sèvres mark, while the painting is signed ‘H. Desprez’.