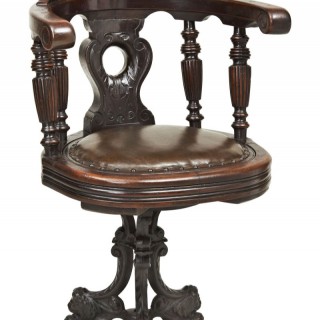 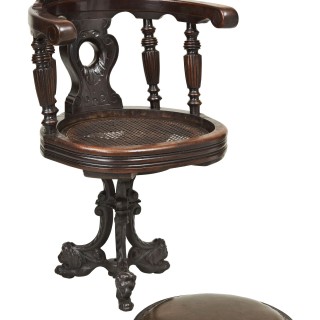 This mahogany Ship’s Chair swivels on a cast iron base which originally would have been bolted down in place. The back has shallow carving by way of decoration and four reeded and turned columns. The re-upholstered leather seat lifts out to reveal a second, removable caned seat for hot climates. This second seat is of the period but is a little small. It’s possible that either it was from a companion chair or there was an extra fitting that has since gone. The base has lion heads on a paw to each of the three feet. This chair was probably made for either a steamship ferrying people around the coast or a liner. Circa 1900.