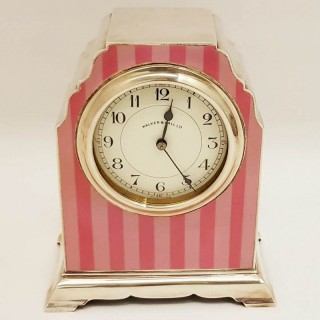 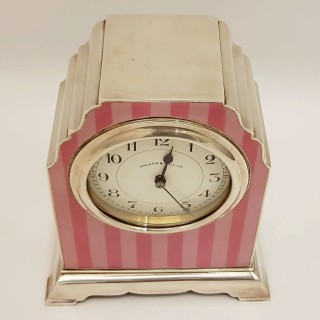 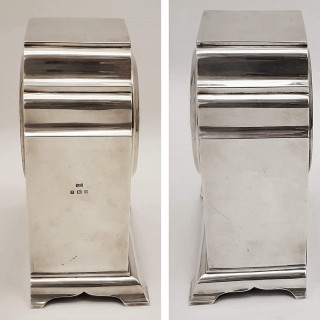 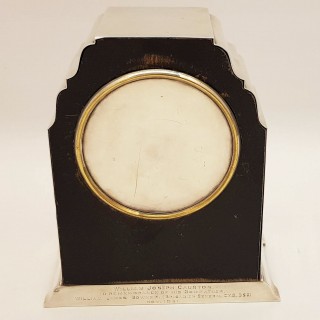 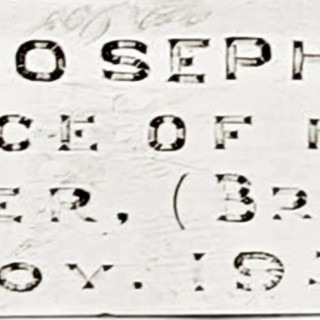 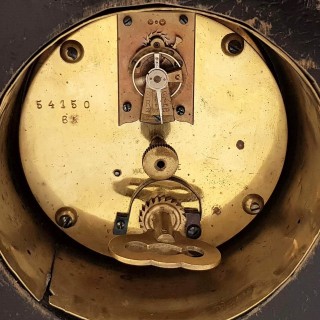 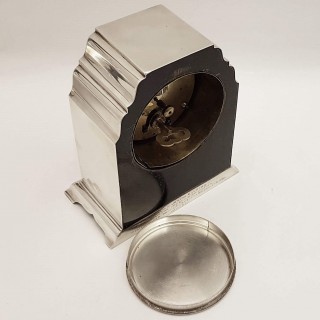 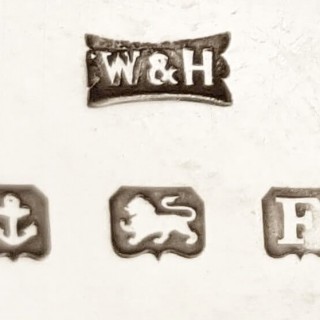 WALKER & HALL
Walker & Hall. George Walker started this business in 1845 when he secured the royalty for electroplating at Sheffield. He was joined by Henry Hall and the business became Walker & Hall in 1853 with a factory at Howard Street, Sheffield and showrooms at 45 Holborn Viaduct, London. Branches were later opened throughout Great Britain and worldwide. Walker & Hall was made a limited liability company Walker & Hall Ltd in 1920 and combined in 1963 under the British Silverware Ltd with Mappin & Webb and Elkington & Co. Walker and Hall Sheffield were primarily Sheffield Makers, but items with Birmingham, London and Chester Assay Marks can also be found.

The clock is in very good condition. Stamped on the side with a full set of English silver hallmarks. The clock movement has not been refurbished but it ticks well and keeps good time. The enamel is in very good order with no visible damage.. The dial is in good order. The silver has a small dink on the top.
Please note that this item is not new and will show moderate signs of wear commensurate with age. Reflections in the photograph may detract from the true representation of this item.