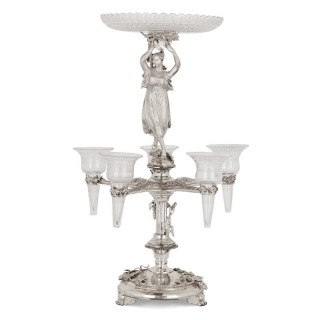 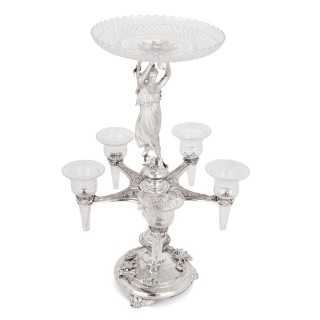 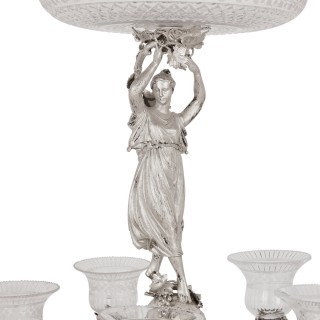 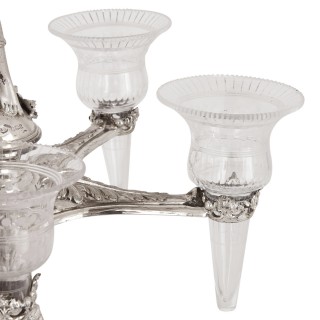 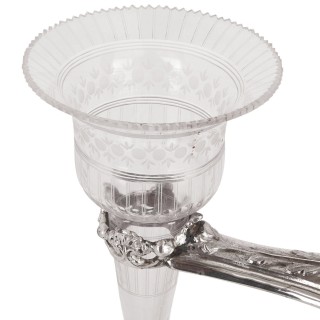 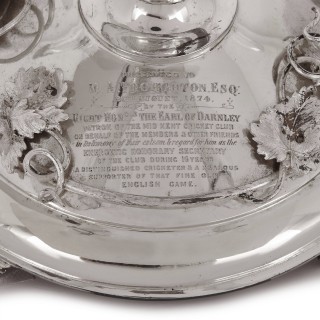 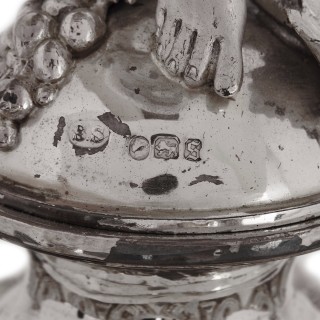 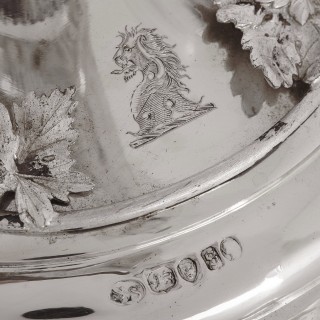 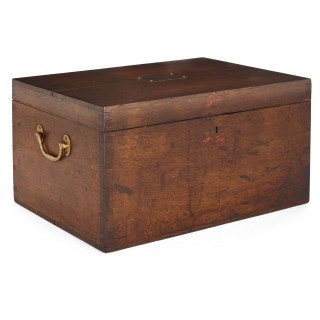 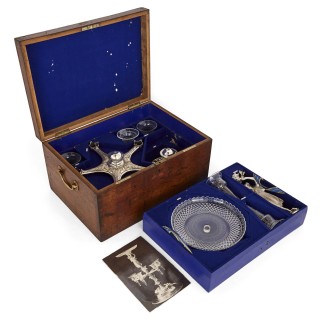 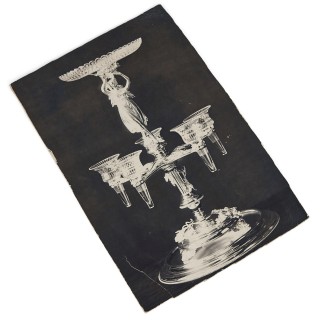 Silver and glass epergne by Stephen Smith & Son of London

This fine silver epergne was produced in 1873 by Stephen Smith and Son of Covent Garden, London, as a commission to commemorate the retirement of the Honorary Secretary of the Mid Kent Cricket Club, an occasion described in the inscription on the base of the piece (see full inscription transcribed below). At the top of the epergne, held aloft by a silver stem in the form of a female figure standing in contrapposto, is an etched glass tazza. The female figure stands upon the domed top of a lower knopped and fluted stem. Below this figure, at the top of the lower stem, spring five richly ornamented arms that support five etched glass posy holders. The lower stem sits upon the inscribed base, which in turn stands on three winged paw feet. The overall decorative scheme is rich in fine detail, and superbly wrought silver foliate motifs are visible throughout, from the base, along the stem and arms, to the top of the piece.

The inscription on the base reads:

‘PRESENTED TO / M. A.TROUGHTON.ESQ: / 26TH AUGUST. 1974. / BY THE / RIGHT HON.BLE THE EARL OF DARNLEY / PATRON OF THE MID KENT CRICKET CLUB / ON BEHALF OF THE MEMBERS & OTHER FRIENDS / in testimony of their esteem & regard for him as the / ENERGETIC HONORARY SECRETARY / OF THE CLUB DURING 16 YEARS / A DISTINGUISHED CRICKETER & A ZEALOUS / SUPPORTER OF THAT FIND OLD / ENGLISH GAME.’

Silver and glass epergne by Stephen Smith & Son of London