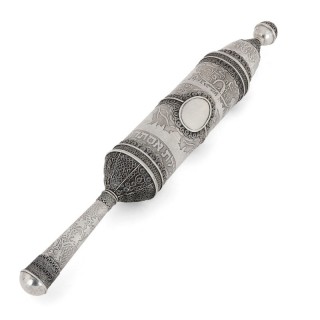 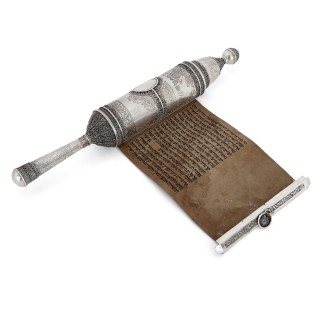 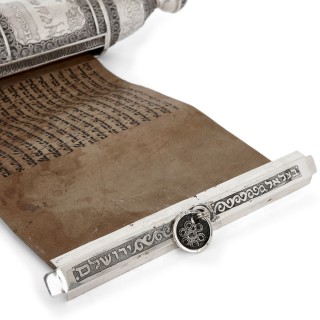 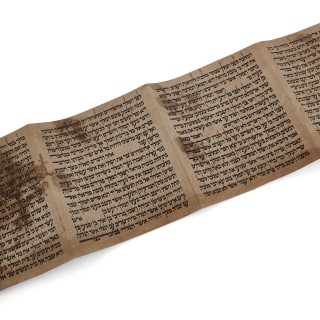 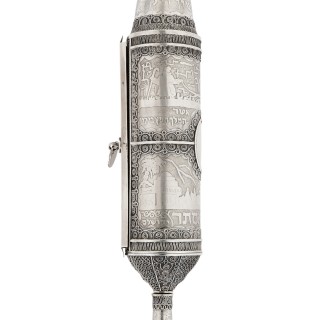 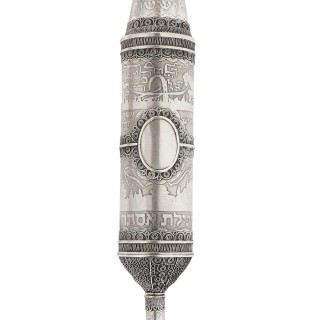 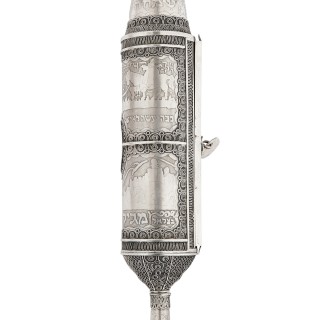 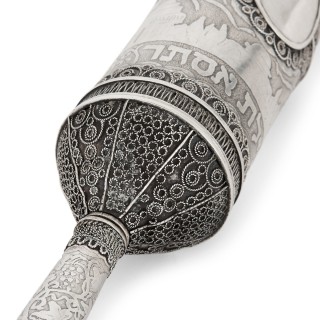 Silver Megillat Esther by Bezalel Academy of Arts and Design

This beautiful silver megillah was crafted in the early 20th Century by the prestigious Bezalel Academy of Arts and Design in Jerusalem. The item contains the Megillat Esther (Scroll of Esther) which belongs to the third section (Ketuvim, ‘Writings’) of the Jewish Tanakh (the Hebrew Bible). The Book of Esther is read at Purim—the Jewish holiday that celebrates Mordecai and Esther’s success in thwarting Haman’s plans to destroy the Jews of Persia.

This silver megillah features a cylindrical body which contains the Book of Esther. This is written in ink on parchment and rolled into a scroll. The container features a handle and a pointed tip with a ball finial. The item is beautifully illustrated and inscribed with the story of Esther. It also displays exquisite floral filigree work.

Silver Megillat Esther by Bezalel Academy of Arts and Design

bezalel academy of arts and design