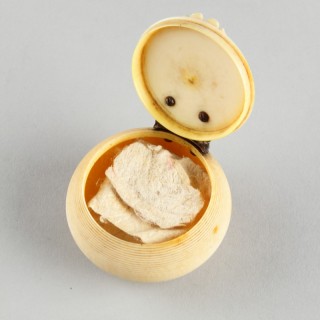 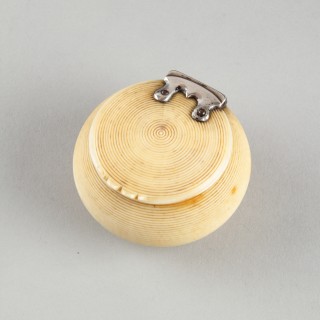 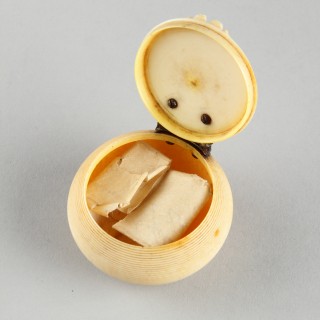 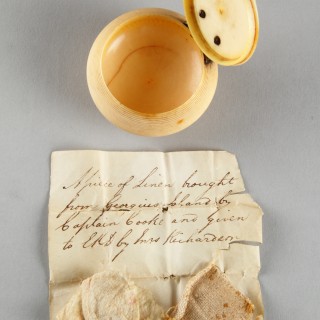 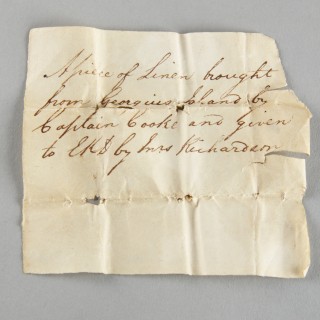 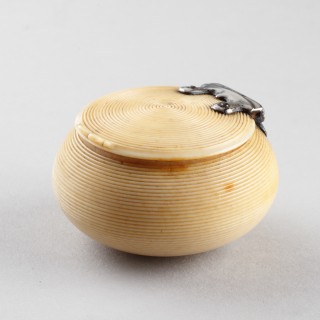 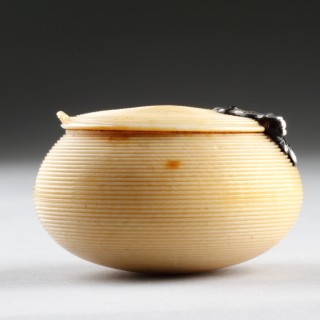 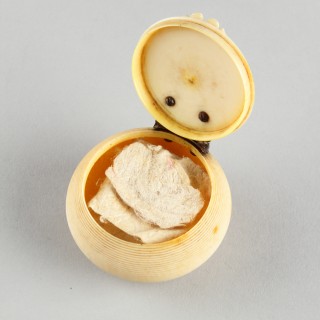 A Silver Mounted English Turned Ivory Pocket Snuff Box Containing Two Samples of Polynesian Tapa Cloth and One of Linen Flax
A folded note inside inscribed in ink ‘A Piece of Linen Brought from Georges Island by Captain Cook and Given to E.K.D by Mrs Richardson’
Captain James Cook visited the King George Islands in 1774 on his Second Voyage Now in French Polynesia the Islands were first discovered by the Dutchman Willem Schouten in 1616
Late 18th Century

A folded note inside inscribed in ink ‘A Piece of Linen Brought from Georges Island by Captain Cook and Given to E.K.D by Mrs Richardson’

Tapa was strong cloth made by felting wet inner bark fibre with a grooved mallet. There were many types of tapa made across the Pacific from many kinds of bark, as thick as leather or as thin as lace. Superior tapa, white and extremely thin and supple was highly valued. On Tahiti it was called ‘Hopuu’ and made from the inner bark of the paper Mulberry tree. The word ‘tapa’ is European adapted by English and American sailors from the Samoan term for an uncoloured border and the Hawaiian term ‘kapa’ meaning bark cloth. Use of the word spread throughout Polynesia with missionaries referring to tapa as ‘native cloth’. Cook marvelled at the properties of Polynesian tapa and brought back a considerable number of samples. However, the missionaries later generally regarded it as heathen and brought back very little of it, importing English broadcloth as soon as they could. Tapa was used for the adornment and wrapping of sacred objects, idols and other things such as ancestral skulls. Sections or rolls of beautifully made tapa cloth were regarded as significant gifts with white tapa in particular used for the robes of priests on the Cook Islands. By the late 19th century Bibles were wrapped in tapa.