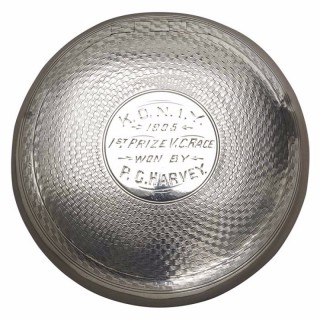 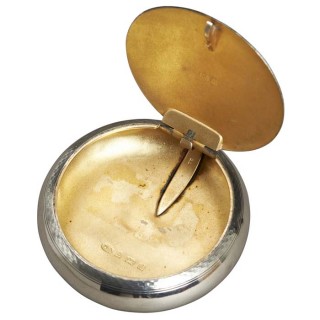 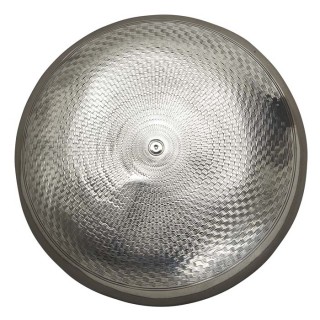 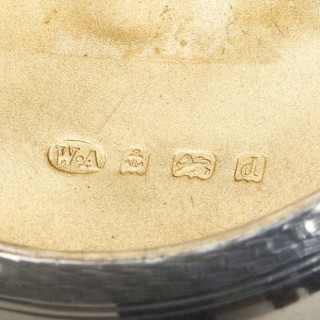 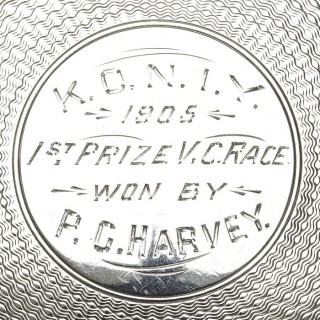 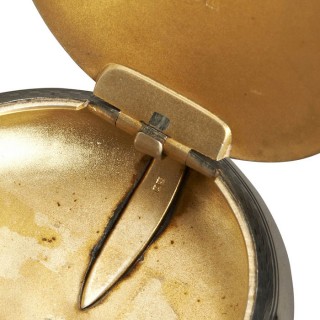 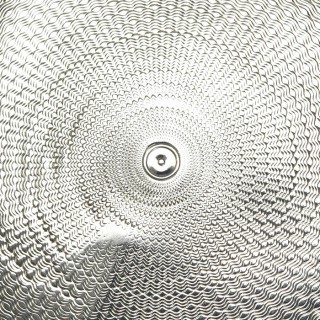 A round, silver Tobacco Case awarded as a prize by the King’s Own Norfolk Imperial Yeomanry. It is decorated with engine turning and is engraved K.O.N.I.Y 1905 1st PRIZE V.C. RACE WON BY P. G. HARVEY. It was common for regiments to have sports days and the cavalry would centre most of their activities on riding skills such as Tent Pegging. The V.C. Race involved a horse and rider in a 2 legged race. At the end of the first leg they collected a pillion rider for the return leg. The Norfolk Yeomanry was raised and disbanded a number of times between 1867 and 1901 when it was King Edward’s wish that they formed as K.O.N.I.Y. The box is opened by applying pressure to the sides which distorts the shape enough for the lid catch to be released and for it to pop open. The interior has a gilt wash and the lid is partially hallmarked with the case fully hallmarked for Birmingham with a D for 1903. The maker’s initial are W. A in an oval for William Aitken of 37 Vyse Street, Birmingham. Dated 1903.