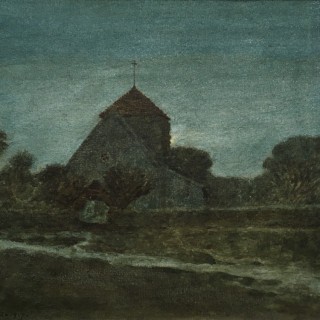 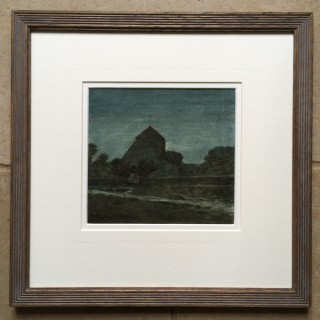 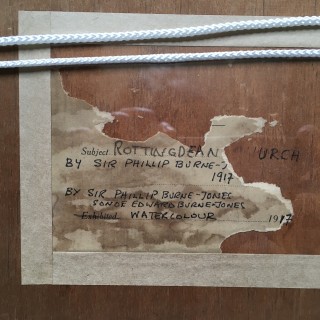 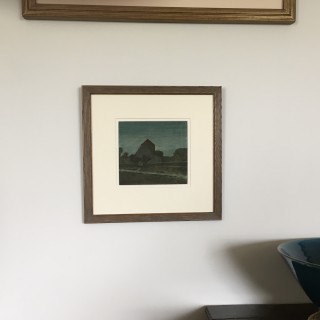 Indistinctly inscribed and dated l.l.: 1917; Inscribed with title on a label on the backboard
Watercolour

Philip Burne-Jones was born in the London, the son of the Pre-Raphaelite artist Sir Edward Coley Burne-Jones. He was educated at Marlborough College and Oxford. He exhibited at the Royal Academy, Grosvenor Gallery and the Paris Salon. His portrait of his father is in the collection of the National Portrait Gallery, London.

The church of St Margaret of Antioch was near North End House, the Burne-Jones’s holiday home in the Sussex Downs village of Rottingdean. His father, Sir Edward Burne-Jones, is buried in the churchyard.