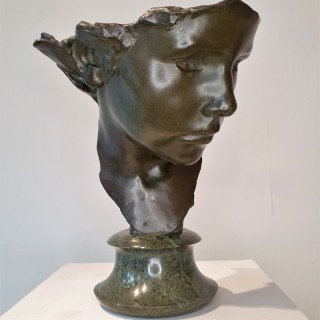 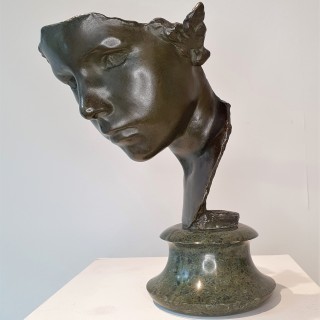 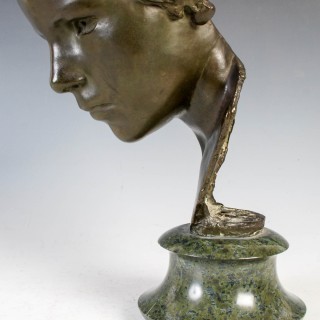 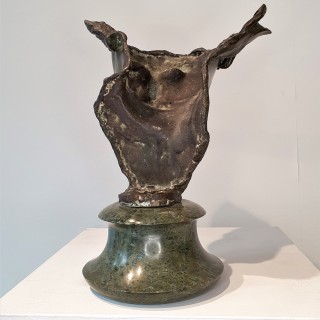 A fine cast of a scarce work by Reid Dick, this portrait bust has a very good green, brown patina. Mounted on round green serpentine base.

Born in Glasgow, trained Glasgow school of art in 1907, exhibited regularly at the Royal Academy from 1908 (ARA 1921, RA 1928). Reid Dick became the most well known sculptors of his day.

He received many official commissions, and sat on a number of advisory committees including the Royal Mint. Sculptor to the King George VI, 1938-1952 and Queens Sculptor in Ordinary for Scotland 1952 until his death.