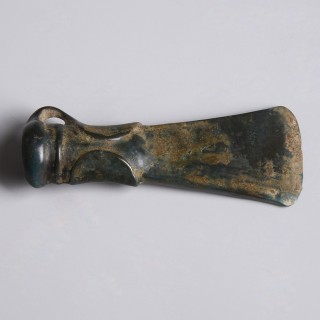 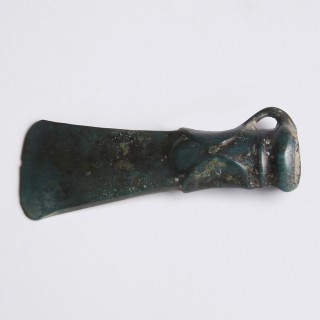 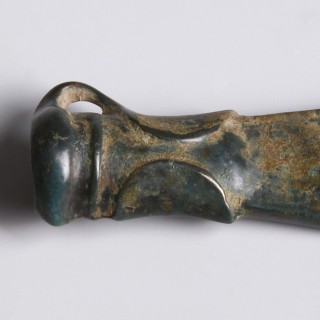 A small Bronze Age socketed axe head with a side loop, a corded band around the socket, and a circular pattern that wraps around the piece. The casting seam is visible above and below where the two halves have been joined. The surface displays a nice light green patination and some earthly encrustations on the exterior and interior.

Very good condition, some earthenware in the exterior and interior of the socket.