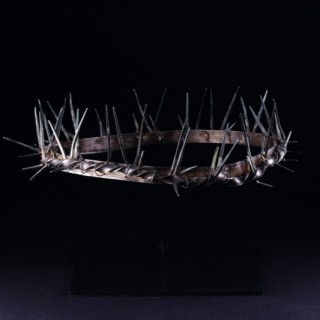 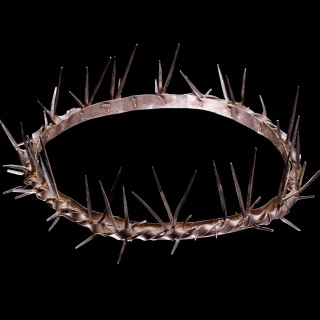 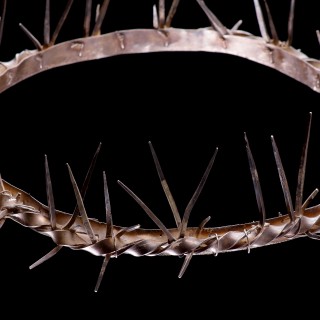 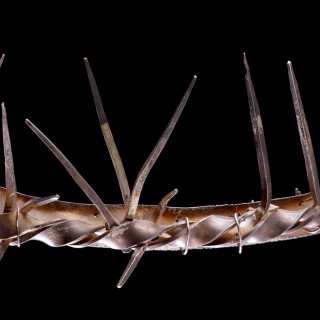 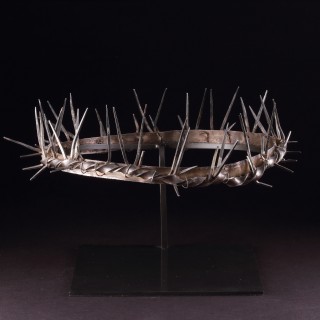 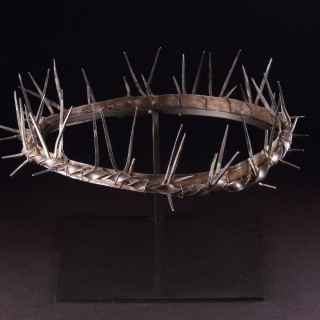 Holy Week ‘Semana Santa’ in Spain is the annual tribute of the Passion of Christ, His sufferings in the events leading up to His death and resurrection, celebrated and re-enacted by Catholic brotherhoods and fraternities that perform penance processions on the streets of almost every Spanish town and city during the last week of Lent. These associations have their origins in the Middle Ages, but a number were later created in the 17th century encouraged by the Counter Reformation. Their common feature is the wearing of the ‘Nazareno’ or penitential robe by some of the participants in the processions which consists of a hood with a conical tip ‘capirote’ used to conceal the face, and a cloak. They carry processional candles or wooden crosses, acts of mortification are carried out, and they often walk barefoot sometimes with shackles and chains on their feet. Accompanied by marching bands the penitents carry aloft the magnificent ‘pasos’ weighing up to two tons and bearing life-size painted sculptures depicting the different scenes related to Christ’s Passion or the sorrows of the Virgin. Carried by some thirty men the floats sway from side to side giving the impression the sculptures are alive. For many devout Christians it is as though they were witnessing the Passion first hand. Total engagement takes place with these powerfully realistic reconstructions which as important works of religious art have often been preserved for centuries. This silver crown of thorns would have adorned the head of a processional figure of Christ, and even today these swaying sculptures can appear shocking, their uncompromising realism intending to arouse feelings of empathy in the pious viewer.