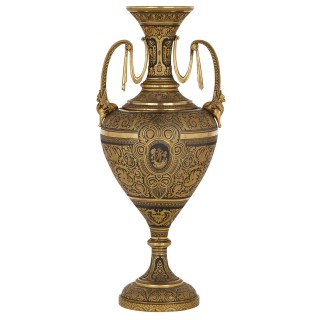 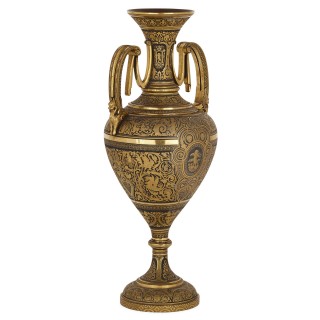 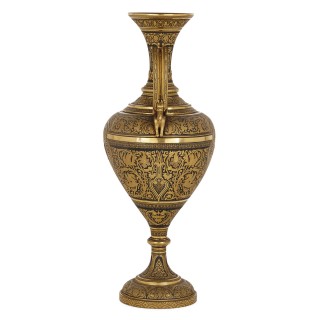 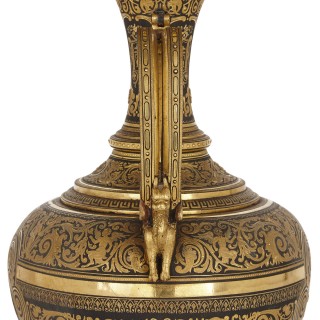 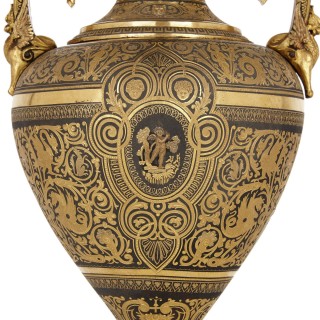 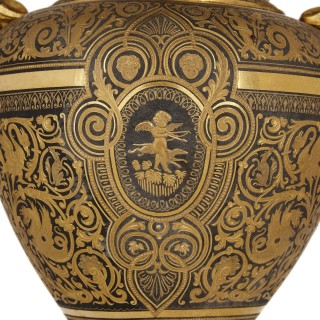 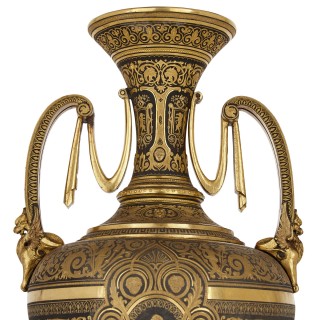 This visually stunning Spanish urn is crafted from iron inlaid with gold. The urn, of amphora form with a narrow tapering neck above and stem below, is decorated all over in the Moorish style: arabesques and other scrolling, foliate forms predominate, the surface detail articulated in inlaid gold set above the blackened iron ground. The style is redolent of Islamic prototypes—the source of the influence being Islamic Spain, specifically during the period immediately before the culmination of the Reconquista in 1492. During this period, gold and iron craftsmanship flourished and many vases of this type were produced—so-called ‘Alhambra vases’. These original works proved immensely influential over the following centuries, particularly during the latter 19th, when this present piece was produced. The present piece is a superb example of the type.