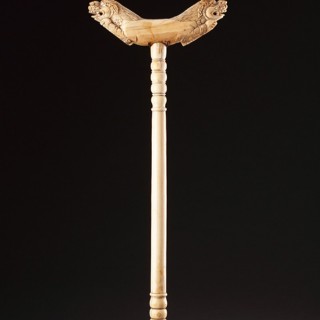 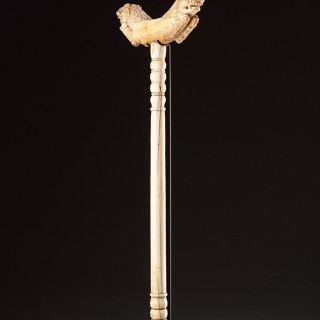 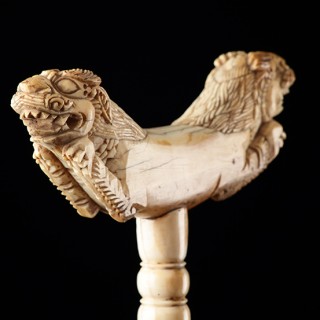 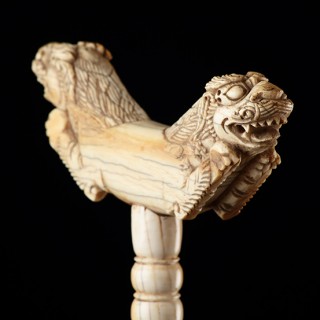 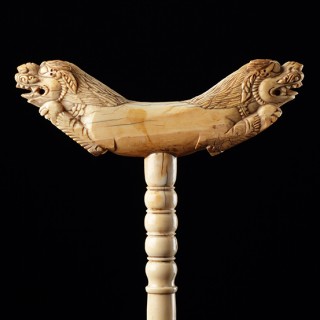 Short crutch-like arm rests were known in Mughul India as ‘Zafar Takieh’ meaning ‘cushions of victory’, and sometimes concealed a short blade or dagger in the stem for use as self protection. These props enabled the comfortable maintenance of the seated position on carpets for long periods of time. Whether reading, meditating, discoursing or holding court, a prop was needed to avoid great discomfort.
Symbolising royal authority, mythical lions are portrayed in the south of India and Sri Lanka as ferocious animals with open mouths displaying sharp threatening fangs and a curling upturned snout. The lion has always had an iconic status in the Indian sub-continent. The Buddha’s first sermon was called ‘Simhanada’, ‘the lion’s roar’ and in Hindu mythology the King sat on the ‘Singhasan’ the ‘lion’s seat’. In fact ‘Singh’ meaning ‘lion’ has been a common middle name among Hindu’s, as well as Sikhs, since the 7th century AD.