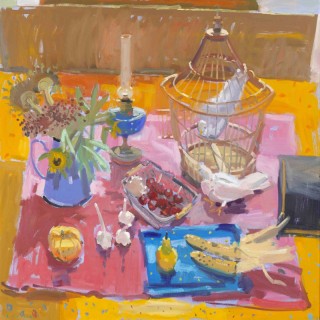 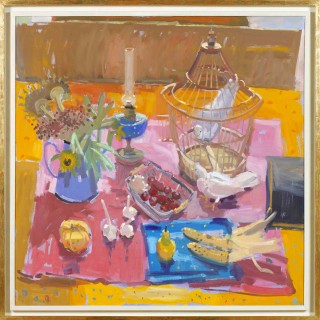 Still Life on Pink and Blue by Glen Scouller

Glen was born in Glasgow and studied at Glasgow School of Art from 1968 to 1973. In 1972 he won the Royal Scottish Academy Painting Award and in 1973, the Post Graduate Study Award, the WO Hutcheson Prize for Drawing and Travelling Scholarship to Greece. He was also awarded the Lauder Award, Glasgow Art Club and Scottish Amicable Award, Royal Glasgow Institute of Fine Arts in 1987. His works are held in a number of public and private collections worldwide, including The Scottish Office in Edinburgh, De Beers and the First National Bank of South Africa.

Will be shown at our annual Scottish Show 2021 from the 26th January. Get in touch to receive the exhibition catalogue

Still Life on Pink and Blue by Glen Scouller