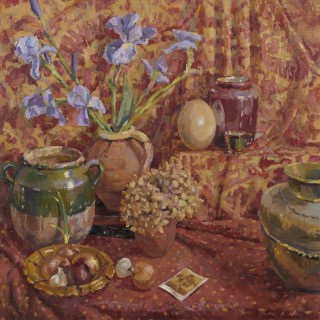 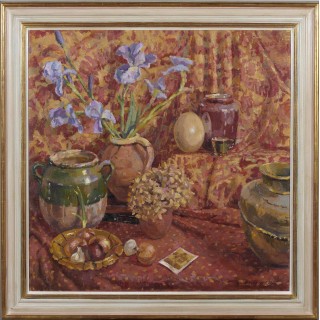 Born in 1990, Alice Boggis-Rolfe is a figurative painter. Her subject matter veers from vast open landscapes to quiet, intimate interiors and still-lifes. She spent her twenties travelling the world with her paints, holding exhibitions back in London between trips. Her practice has since evolved into carefully constructed studio work using a broad palette, interspersed with bouts of the plein air painting she still adores.

Alice trained at Chelsea College of Art and Heatherley’s School of Fine Art. She has since held four sell-out solo exhibitions, the most recent of which sold out in a matter of hours. Aside from these she exhibits regularly with the New English Art Club, the Royal Society of Portrait Painters, the Royal Society of British Artists and the Royal Institute of Oil Painters. Her work has received numerous awards such as the Winsor & Newton First Prize for a Young Artist and The William Sloane Medal and the Diana Brooks Prize. In 2017, Alice took part in the Television series Landscape Artist of the Year reaching the final three out of thousands of contestants nationwide. Alice lives in Gloucestershire with her husband Harry.