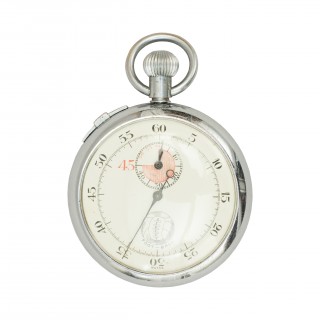 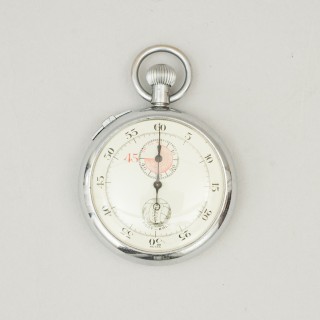 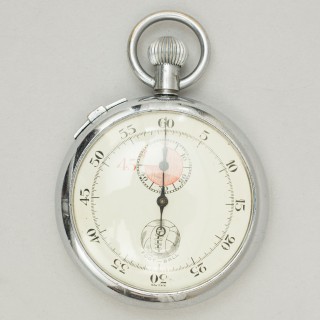 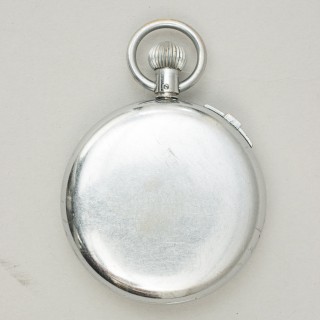 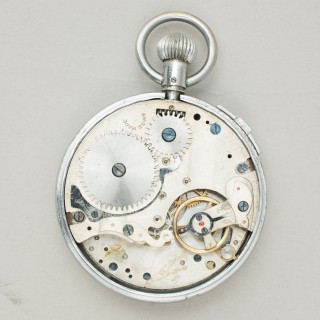 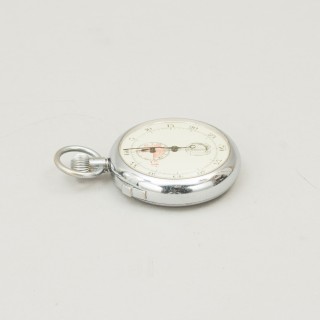 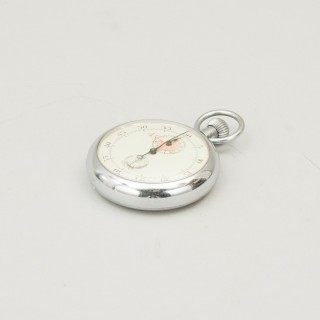 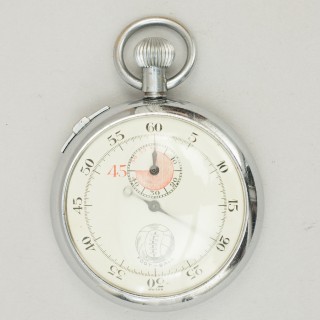 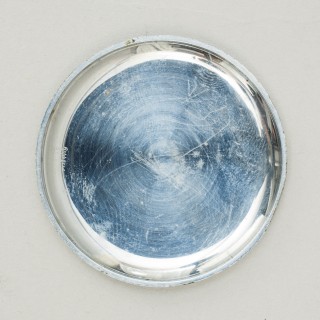 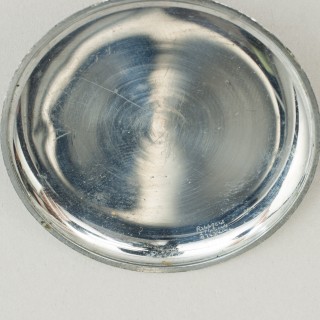 Referee’s Football Stop Watch.
A Swiss 45 minute referees foot – ball timer. The main dial divided into 60 seconds, the subdial into 45 minutes. There is an image of a laced football with the wording ‘FOOT – BALL’ also on the dial face. The stop watch functions by pressing down on the winding crown to start the watch. There is a pause button to allow the referee to stop the clock when there was an injury etc., releasing it allows the clock to resume counting. Pressing the winding crown again stops the clock and with a further press it will reset altogether. A wonderful piece of footballing history. It is difficult to date but could be as early as 1920’s all the way up to 1950’s. By the inter-war period the use of a stop-watch was widespread, before this time referee’s tended to use their own watches.

In 1581 Richard Mulcaster was writing about a game called ‘foteball’ and suggested that things might go smoother if there was a ‘judge over the parties’. Of course ‘foteball’ probably had more in common with rugby than the game we know today. It wasn’t until the 1840’s that players and organisers sought a clarification of the rules of the sport, so it’s interesting that reference to a referee was made in a match report from a Rochdale game in 1842.
Having said all of that, these ‘referees’ didn’t operate in quite the same way as we understand the role today. At the start of modern football’s life it was believed that the players were gentlemen. They would never, under any circumstances, deliberately cheat or foul another player. The ‘referee’ was merely there to keep time as accurately as possible so everyone knew when the game was over. Of course, not everyone is a gentleman. Believe it or not there are some unscrupulous characters out there and they began to come to the forefront as the sport of football became more serious and more competitive.
When that happened it was decided that each team should have an ‘umpire’ to make decisions when contentious moments arrived in the game. The umpires would discuss the matter between themselves and try to come to an agreement, but if they couldn’t then the issue would be referred to the ‘referee’ who was keeping time and he would have the deciding vote. It wasn’t until 1891, when the Football Association agreed a re-structuring of the Rules of the Game, that referees began to take centre stage and the umpires were turned into linesmen, who assisted from the side.