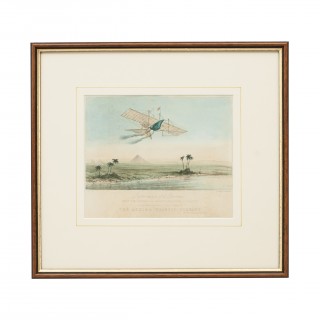 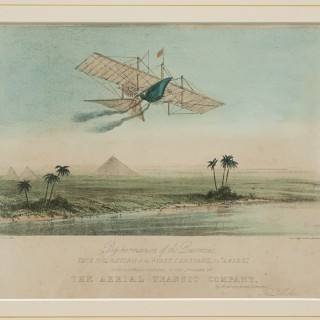 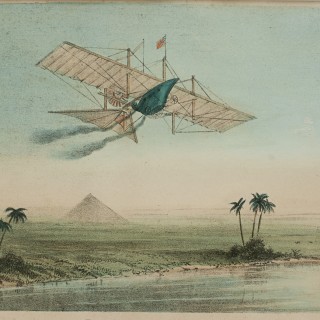 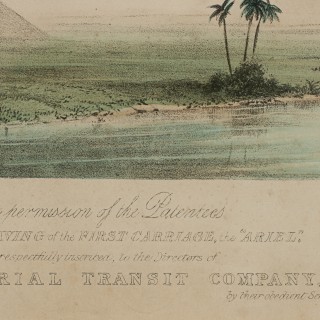 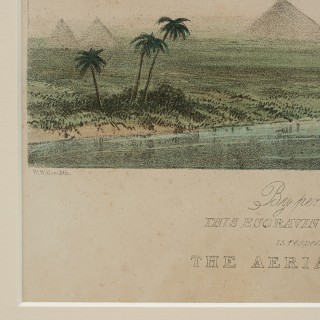 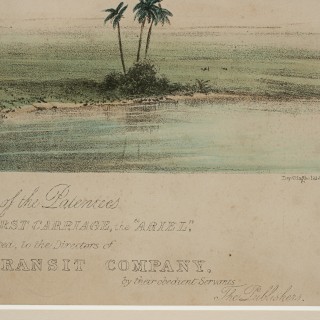 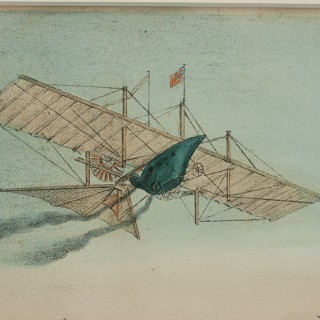 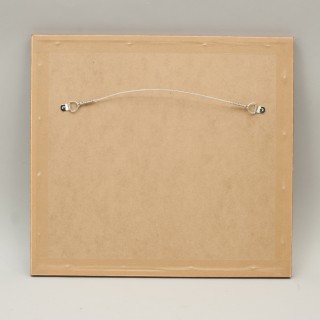 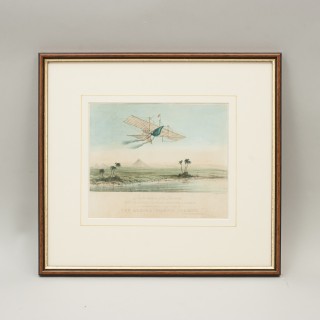 William Henson’s “Aerial Steam Carriage” Print.
A lithograph with hand colouring by W. Walton depicting William Henson’s “Aerial Steam Carriage” (that was aptly named “Ariel”) flying over the pyramids of Egypt. The ‘Ariel’ was patented in 1842, the idea to develop a steam powered propeller-driven flying machine with wings, capable of carrying letters, goods and passengers from place to place through the air. William Samuel Henson, John Stringfellow, Frederick Marriott, and D.E. Colombine, incorporated the “Aerial Transit Company” under English law in 1843. Henson built a scale model of his design, which made one tentative steam powered run down a guide wire, but attempts to fly the small model and a larger model with a 20-foot wing span were unsuccessful. To gain investors and support in Parliament, the company engaged in a major publicity campaign using images of the Ariel in exotic locales, but the company failed to gain the needed investment. Even though the Ariel never actually took flight, it did influence the design of the modern monoplane.
The print was published March 28th, 1843, by Ackermann & Co. Strand, the text in the margin ‘By Permission of the Patentees, This Engraving of the First Carriage, the ‘Aerial’, is respectfully inscribed, to the Directors of The Aerial Transit Company, by their obedient servants The Publishers’.