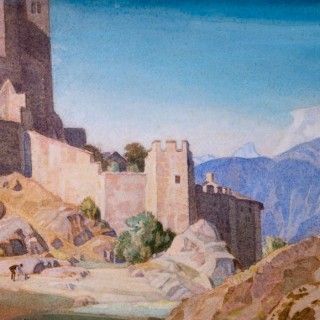 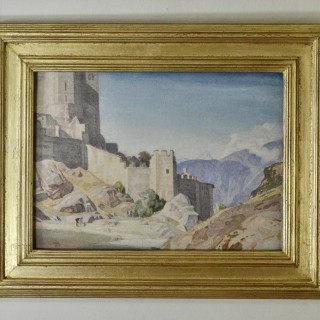 The Castle of Sion

The Castle at Sion

Signed and dated 1945; inscribed on the reverse: Castle of Sion
Watercolour

Sion is situated in the Rhone valley in Switzerland and is the capital of the Valais. Gere’s watercolour shows the 11th-13th century medieval fortified town surrounding the Basilique de Valère.

The Castle of Sion