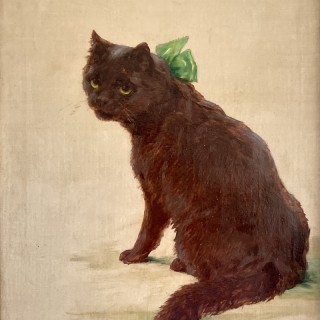 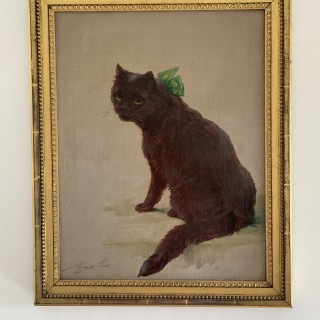 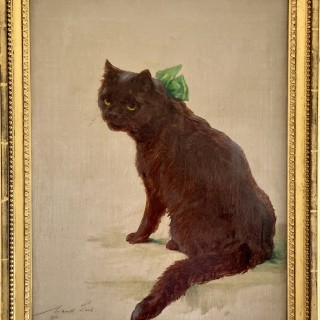 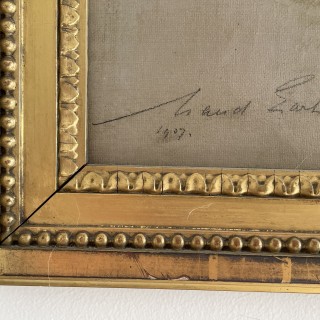 Maud Earl was born in London. She came from a very artist family being the daughter of George Earl, niece of Thomas Earl and half-sister of Percy Earl, all of whom where animal painters well known for their paintings of dogs. She studied under her father who was particularly keen that she understood the anatomy of her subjects and therefore encouraged her study and drawing the skeletons of her subjects. She then went on to study at the Royal Female School of Art, which later became part of the Central School of Art. She first started exhibiting at the Royal Academy in1884 and also showed at the Royal Society of British Artists and Paris Salon. She was hugely successful as a painter of dogs, showing great attention to breed characteristics and was patronised by Queen Victoria, Queen Alexandra and other members of the royal family. In 1916 she emigrated to New York where her work took on a more stylized and aesthetic form. She remained in New York until her death in 1943.