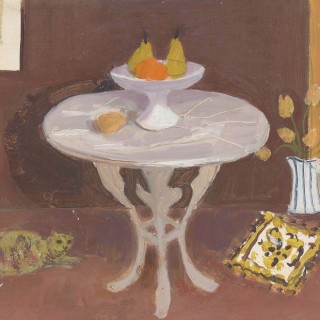 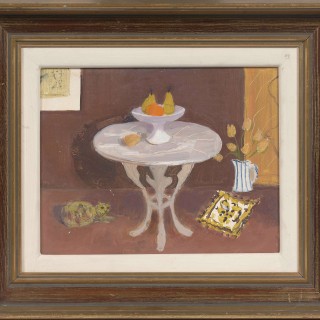 Born in Renfrewshire, David studied at Edinburgh College of Art from 1947 until 1953. Travelling scholarships to Spain and Italy from 1952 until 1953 were followed by the Andrew Grant Fellowship Award, which allowed David to paint in Florence and Sicily. From 1957 until 1983 David held the position of lecturer in painting at Duncan of Jordanstone College of Art in Dundee. He exhibited widely worldwide – a memorial exhibition was held by The Scottish Gallery in 2000.