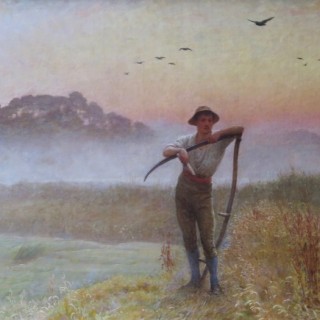 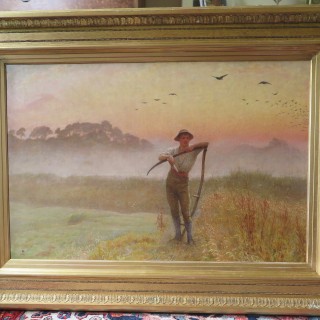 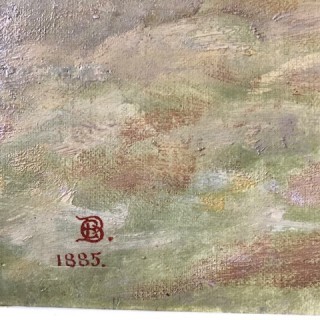 A beautiful, evocative painting of a reaper sharpening his scythe in the early morning mist getting ready for a day’s work in the fields.
The picture is signed with a monogram and dated 1885.
Edgar Barclay studied in Dresden in the 1860s before moving to Rome for a year in 1874. Later influenced by J.F. Millais, the French realist painter, he began to specialise in landscape subjects with peasants working. He finally settled in Hampstead but continued to make frequent travels abroad, especially to Italy.

Good. The canvas has been relined. It has also been reframed but the original heavy gilt Victorian frame is available if preferred .