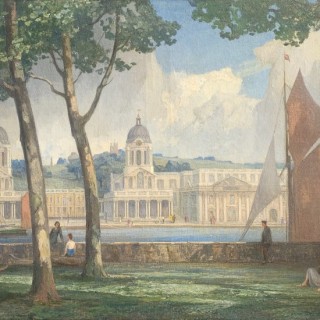 Signed l.l.; signed, inscribed with title and the artist address on the stretcher
Oil on canvas